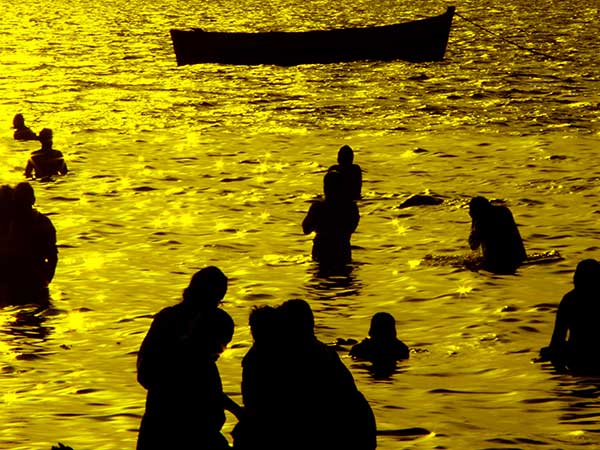 Once in a lifetime, we all need to step down to the lanes of spirituality to attain the quintessential peace of mind and to cleanse our mind and body thoroughly. Well, Rameswaram is one such place where every Hindu devotee wants to take their last breath. It is one of the most sacred places for Hindus in the world and every year millions of visitors can be seen roaming in and around this wonderful town filled with devotion.

Located on the Pamban Island, separated from the mainland of India, Rameswaram has its golden history spanning several millenniums. On account of its relation with the epic Ramayana, it has been considered as one of the most important pilgrimage sites in India and is also a part of the Char Dham, a pilgrimage circuit spread across the country.

From holy waters to ancient Vaishnavite and Shaivite temples and peaceful island to picturesque landscapes, Rameswaram has everything that attracts the Hindu devotees as well as explorers. Over a period of time, it has also become a perfect weekend getaway for people looking forward to spending their time amid nature and spirituality.

As Rameswaram has a tropical climate, it can be visited throughout the year. However, during the monsoon season, the climate is humid and uncomfortable. Therefore, if you are looking forward to roaming in and around Rameswaram with favourable climatic conditions, then it is advisable to visit Rameswaram from October until the end of March.

How To Reach Rameswaram From Chennai

By Air: You can take a direct flight to Madurai and then from there, you can either take a cab or bus to Rameswaram.

By Rail: Rameswaram is well connected to Chennai and other major cities by rail. You can catch a direct train from Chennai Central to Rameswaram.

By Road: Situated at an approximate distance of 560 km from Chennai, Rameswaram is easily accessible by road. You can either take a cab or catch a bus from Chennai to Rameswaram.

However, route 1 is fastest and hence, preferable. You can reach your destination within a minimum time of 10 hr from Chennai.

While on your way to Rameswaram, you can take a break at the following places.

The history of Villupuram dates back to the era of the Cholas when this town was one of the major political and trade centres. Today, it is the largest district in Tamil Nadu and its yesteryears of progress and prosperity can be seen in the ruins of ancient temples and the wonderfully built Gingee Fort.

Throughout the year, Gingee Fort remains an important tourist attraction on account of its historical tales and architectural beauty. How about paying a visit to the history of Villupuram?

Nicknamed as Rockfort city due to the presence of several ancient forts and temples, Tiruchirappalli is one of the major cities in Tamil Nadu. It has in store a lot for its visitors to explore. From Ranganathaswamy Temple to Srirangam Island, it provides its tourists with the best of destinations to chill around and get a little bit spiritual.

On your way to Rameshwaram, you can take a break at this wonderful historic town of Tiruchirappalli and get entirely immersed in its authentic and absolute beauty.

Settled on the banks of river Vallaru, Pudukottai is home to numerous weekend getaways where tourists from all over the country and state can be found exploring the deep roots of the town. The history of Pudukkottai dates back to the 17th century, during the period of Thondaiman rulers.

The major tourist attractions in this wonderful city include Shiva Temple, Government Museum, Thirumayam Fort, Pudukkottai Palace, etc. How about taking a break at this marvellous town of Pudukkottai?

Places To Visit In Rameswaram

Undoubtedly, the centre of attraction in Rameswaram throughout the year is its Ramanathaswamy Temple. It is considered to be one of the major Hindu temples in India and has been a significant pilgrimage centre since its formation.

The main deity of this temple is in the form of a lingam and it is believed to have been built out of sand by Lord Rama, the seventh incarnation of Lord Vishnu. Throughout the year, Ramanathaswamy Temple attracts millions of tourists and devotees from all over the country.

Agni Theertham is one of the most sacred baths in India. The holy waters of this place are believed to wash away the sins of the people and purify their mind, body and soul. You are supposed to take a dip in its holy waters and then take a complete bath inside Ramanathaswamy Temple.

You can also sit by the relaxing and pristine water of Agni Theertham and feel the essence of devotion spread everywhere in the air. How about refining yourself?

If you are looking to explore something other than temples and religious sites, then you are free to roam around Water Bird Sanctuary and savour the spectacular views of migratory and native birds playing all around and creating melodious atmosphere.

If you are lucky enough you can also watch several birds weaving their nest and producing tunes of calmness in the air.

This ancient temple is famous for its five-faced statue of Lord Hanuman. Situated at a walkable distance from Ramanathaswamy Temple, it is one of the major attractions for the devotees of Hanumana throughout the year. You can also watch numerous tourists exploring this historic temple and the amazing sculptures of Lord Hanuman.

It is believed that this temple also houses several stones which were used in the formation of Rama Setu. How about reliving the moments of Ramayana here?