Nativeplanet
»
Travel guide
»Bhopal To Satpura National Park, A Journey To The Mountains

Bhopal To Satpura National Park, A Journey To The Mountains 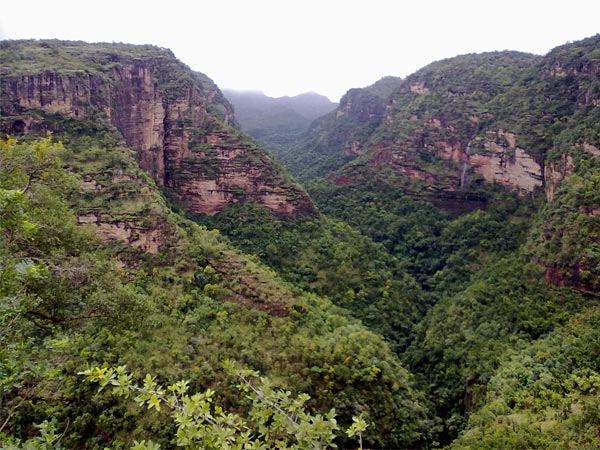 Satpura National Park, located in the heart of Madhya Pradesh, is a real delight for wildlife lovers. It is nestled in the Satpura ranges of Hoshangbad district in Madhya Pradesh. Satpura ranges are not only known for their mountain ranges, but also for their rich biodiversity. Mountains and water in combination have given rise to numerous caves, cave shelters and natural tunnels.

Denwa River, which flows through the park is the lifeline of the Satpura National Park. This river is evergreen, thereby assuring of water to the animals and birds throughout the year. Dhoopgarh is the highest peak in Madhya Pradesh, located at an altitude of 1400 m above sea level.

The park is open to tourists from October to mid-June. The park is closed during monsoons. The visitor data shows that October-December and March-May are most favourable for visiting the Satpura National Park.

Water, snacks, binoculars, sunglasses, walking stick, camera, and hat are a few essentials you could carry.

How To Reach The Satpura National Park?

By Air: The nearest airport to Satpura National Park is the airport at Bhopal, at a distance of 200 km. You can take a taxi to get to the park.

By Road: There's only one route from Bhopal to Satpura National Park. It is via NH 46.

This is about 180 km and takes 4 h 30 min to reach the national park from Bhopal.

You could start early from Bhopal, and there are many places in Bhopal that are great places of attraction. Yodhasthal is a military museum that showcases the various achievements and journey of the Indian military force. It is a great learning experience.

The Buddhist monuments at Sanchi are a famous historical attraction with lot of value attached to it in Buddhism. This place is maintained jointly by the ASI and Maha Bodhi Society of Sri Lanka. You can visit any of these places in Bhopal and next proceed to Khamkeda.

There's not much to do here, but do take the time out to visit the Khamkeda dam. Obaidullaganj is a center to historic places such as the Bhojeshwara Temple. This is a temple dedicated to Lord Shiva, built by King Bhoja of the Paramara dynasty. The Rock Shelters of Bhimbetka near Obaidullaganj have paintings and carvings from the stone age and is a site maintained by the ASI.

It is truly fascinating to see the paintings from the stone age. Pachmarhi Rock Art is a famous spot for viewing many caves with prehistoric rock paintings in Hoshangabad. Pandava cave is the most famous one. Then, drive a few more kilometers ahead from Hoshangabad to reach the Satpura National Park.

Flora And Fauna Of The Satpura National Park:

Satpura National Park has a plethora of flora and fauna. There are over 1300 species of plants. Flora of the national park include teak, sal (this is the most prominent tree), tendu, mahua, bel, bamboos, grass, bushes and lantanas.