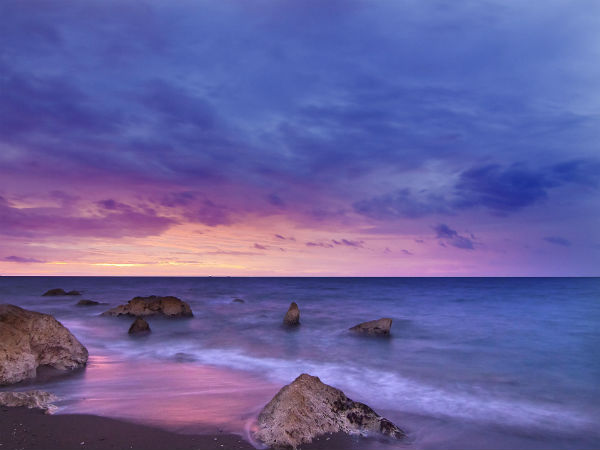 Located on the outskirts of Visakhapatnam at a distance of about 50 km, Bheemili, otherwise known as Bheemunipatnam, is a beautiful coastal town and is settled at the confluence of the Gosthani river and the Bay of Bengal. Even though it is popular amongst tourists for its uncrowded beaches and as a peaceful weekend getaway from Visakhapatnam, it is still visited by hundreds of history lovers every year. After all, it has a history dating back to the 3rd century BCE. The presence of several age-old Buddhist monuments in and around Bheemili certainly proves that it is a town of great archaeological significance.

Today, Bheemili has been converted into a small tourist destination and is frequented by thousands of tourists every year. Following are the major places which you must visit while in and around this beautiful seaside settlement.

As Bheemili Beach is located away from the tourist crowd of Visakhapatnam and other cities, it is a perfect place for those who always look forward to savouring the beauty of nature amid seclusion. As the beach is mostly visited by locals and remains unpolluted throughout the year, one can have a great time with their family and friends here.

Did you know that Bheemili Beach once served as a port during the period of the East India Company and the Dutch rule? Therefore, you can also spot several British and Dutch settlements in the surrounding regions. Apart from lazing by its sandy shore, you can also visit the beautiful lighthouse on the beach which was built in the year 1868.

Narasimha Swamy Temple is one of the highly revered religious sites in Bheemili. On an average, it is visited by thousands of Hindu devotees and other tourists every year. As per records, the temple was built in the Medieval Period of India in the 14th century when the region was under the rule of the Mindi kings.

As the temple is located facing the sea, it makes for an ideal spot in Bheemili to savour tranquillity and divinity simultaneously. So, get yourself to this ancient temple and find yourself satisfied in its composed environment. Another temple which can be explored in Bheemili is Jagannath Temple.

Well, there cannot be a better place than Pavurallakonda where you can learn in detail about the history of Bheemili. As mentioned earlier, Bheemili has a history dating back to the period before the Common Era and Pavurallakonda is the site which proves its age. It is a small hill which houses several ancient monuments related to Buddhism.

From the ruins of Buddhist stupa to numerous rock-cut steps and cisterns to beautiful reliefs, there is a lot to spot here. This is one site where you can also learn about the evolution of Buddhism in Andhra Pradesh. Other such sites around Bheemili include Bavikonda and Lingalakonda.

If you would love to just sit and relax and gaze at the beautiful horizon, then the region around the Gosthani river is a perfect place for you. Bheemili is also the place where you can capture the beauty of the Gosthani river as it merges into the Bay of Bengal.

You shouldn't miss framing this beautiful confluence on your camera. The enthralling views of the sunrays as they reflect over the river will certainly charm you. You can also go boating and fishing here. So, don't you think a visit to Bheemili would be an amazing expedition?

Another beach which can be easily accessed from Bheemili is the enchanting Thotlakonda Beach. Like Bheemili Beach, this stretch of sandy shore too harbours a peaceful atmosphere. Hence, it has become a popular picnic spot amongst locals over a period of time. The presence of rocky arches adds to its existing charm. You can also visit the nearby ruins of Buddhist monuments.