Best Places To Visit In India In February: A 2019 Must-visit Checklist 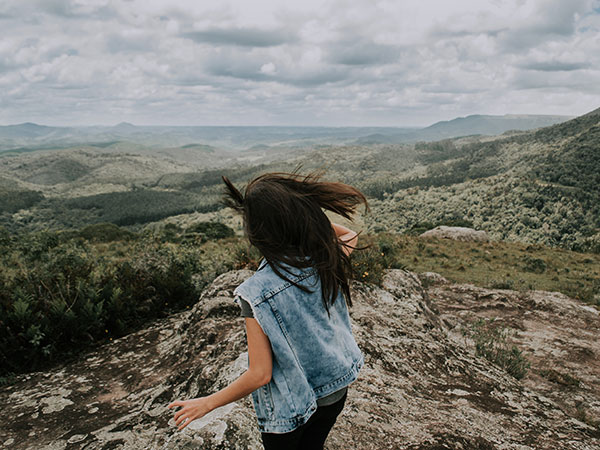 The month of February, with a slight nip in the air, finally bids goodbye to the bleak and grim winter blues and ushers the dawn of a cheery and vibrant spring. Celebrated as the month of love, February fills us with hope and wonder with a sudden burst of colours everywhere. The season is on a brink of a warmer spring and you have decided that the weather is on your side this month and you want to travel more this year. But the woes of picking your perfect destination to travel to is exhausting. Well, fret not! As this is where our month-by-month travel guide comes for the rescue. Here is your guide for your easily digestible list of places to visit and things to experience in this delightful weather. Enjoy!

Delhi's temperature always knows extremes, be it the summer months or the winters. But you would be taken aback, as the biting cold of the winter months are over by January and warm temperatures usher in the month of February with the climatic essence of the chilly winter temperatures. Delhi is a perfect place to travel to, in the month of February as the weather remains pleasantly cool. This plays a major part in contributing to the pleasurable experience of the people visiting the city. Spend your vacation at this capital city by exploring the amazing places and wondering at the historic architectural marvels that the city is punctuated with.

With the majestic Himalayan mountain passes, glittering glacial lakes, elaborate ancient monasteries, roaring waterfalls and rivulets nicely tucked away and beautifully landlocked with immense natural beauty, Gangtok in Sikkim makes for a perfect Himalayan getaway in the month of February. With temperatures less extreme, the town experiences one of the mildest temperature limits during this month. It is better to stick with Sikkim during the month of February, as the sky is clear with relatively less extreme winter temperatures. If you are one of those people, who have an eternal longing for the soaring Himalayas, then Sikkim invites you with a clearer sky and fresh air at this time of the year.

Belonging to the driest state of the country, a visit to Nagaur must be avoided in the peak summer months in the scorching heat and during the peak winter season, as the place gets freezing cold. February, the month of pleasant climate and temperature, without a surprise, makes the best month to visit this place, with cool agreeable climate prevailing all over the place. What more comes with it, is the one-of-a-kind Nagaur Cattle Fair, that takes place in the month of February. From the regional livestock spotting of beautifully decked up camels, bullocks, horses, sheep and more the experience of attending the fair is an entirely unique one. Nothing can beat the experience of a Rajasthani getaway in the picturesque desert stretches with an elaborate one-of-a-kind fair replete with beautiful cultural activities and Rajputi architectural marvels in the pleasant temperatures of February.

Bir, in Himachal Pradesh, is one of the most frequented places in the month of February. Adventure enthusiasts head to this Himalayan escapade for the town hosts the annual World Paragliding Championship in this month. The place is a Himalayan reverie and a treat to the nature lovers with peace and tranquility seamlessly blended in its air. Visit this place in the month of February and explore the natural splendour of the place along with the beautiful elaborate monasteries.

Further down in the southern peninsula, Coorg in Karnataka, a perpetually misty paradise, is one of the many places that make for a perfect February getaway. Huddled in the valleys and hills of the Western Ghats, the town experiences mild and pleasant temperatures in the month of February. After the bleak and dismal winter months, the town gets revamped with the spectrum of colourful vibrant flora and lush green vegetation dotting the nooks and crannies of the town. By this month, the wide stretches of green pastures get painted with emerald silk and the weather makes it easier to get a clearer view of the picturesque sunsets over the verdant valleys.

A visit to Nashik in the month of February is an assault to the senses as the entire place seems like a heady concoction of pleasant climate and picturesque sunsets over long stretches of vineyards. The harvest season of the luscious grapes is in its prime at this month and the splendid vineyards look their best! With multiple vineyards to call for your attention, the Sula Vineyards is touted as one of the best in the country, where the wine tourism industry is mushrooming at a lively pace and hence becoming a tourist hotspot. Nashik offers you the chance of experiencing and tasting the country's some of the finest wines with a mesmerising cocktail of natural splendour from picturesque waterfalls to lofty hills.

Comments
Read more about: travel tips travel india
Other articles published on Feb 13, 2019
We use cookies to ensure that we give you the best experience on our website. This includes cookies from third party social media websites and ad networks. Such third party cookies may track your use on Nativeplanet sites for better rendering. Our partners use cookies to ensure we show you advertising that is relevant to you. If you continue without changing your settings, we'll assume that you are happy to receive all cookies on Nativeplanet website. However, you can change your cookie settings at any time. Learn more
Change Settings Continue