Beautiful Villages Around Bangalore To Experience A Country Life 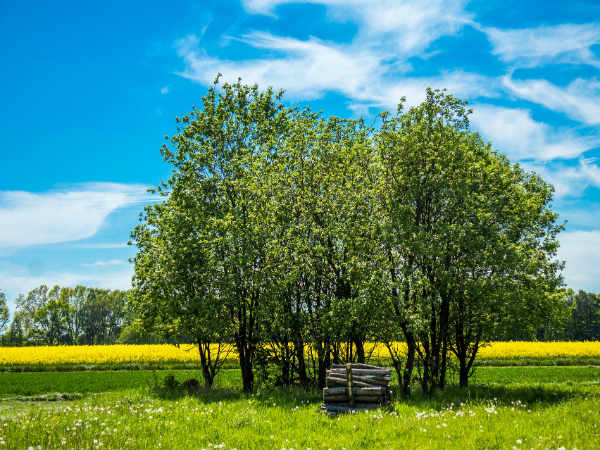 If you are bored of exploring the same conventional tourist spots again and again and are looking for places where you can enjoy a mix of the country life and nature, then you must read this article. Here, we have listed down several beautiful villages around Bangalore which certainly deserve to be explored on account of their pristine beauty and unblemished atmosphere. You can literally feel the presence of heavenly nature within the boundaries of these enthralling villages; such is their majesty and grandeur. Some are famous for their age-old customs and traditions and numerous for their richness in lush vegetation.

However, the common thing amongst all of them which allures unconventional travellers to explore them is their isolated and unpolluted atmosphere with luxuriant greenery. So, let's move ahead and learn in detail about these beautiful villages and their respective distances from Bangalore.

Also known as Dance Village, Nrityagram is the first residential school for classical dancers in India. It is inhabited by several dancers from all over the country who excel in their dance forms, ranging from Odissi to Kathakali and Bharatnatyam to Kathak.

These dancers are known for performing all across the globe. Set up in the year 1990 by a classical dancer named Protima Gauri, Nrityagram is one of the highly reputed schools for classical dancers in the country today. As the school is set up in the form of a village, it has become popular amongst tourists also, who come here in thousands every year to witness the beauty of this beautiful village and learn a little bit of dancing.

Wouldn't you love to savour the beauty such an amazing place which is just a 1 h drive away from Bangalore? The presence of lush green surroundings and the expanse dotted with beautiful trees allure several nature lovers, and photographers too, every year.

Located in the Koppal district, Anegundi is believed to be one of the oldest places in India as it is said to be the kingdom of the Monkey King Sugriva during the era of the epic Ramayana. Hence, it is home to several religious sites and ancient temples today. As per local legends, Anegundi is also the birthplace of Lord Hanuman.

The presence of lush greenery all around the temples and other historical sites makes it a perfect destination to be explored on the weekends. As it is only popular amongst offbeat travellers and a few history lovers, it is an idyllic spot to spend your weekends amid seclusion.

On one hand, you can enjoy the beauty of its hills, forests and gorgeous plains and on the other hand, you can go exploring its ancient temples and historical sites. The major places here include Anjaneya Parvat, Pampa Sarovar, Kamal Mahal and Huchappayana Matha Temple. Here, you can learn a lot about the history of Indian culture as you experience the beauty of country life.

Nestled peacefully in the Chikmagalur district, Kigga is an ultimate beauty every traveller would love to explore and savour. Apart from the lush green surroundings and the country life, it is home to waterfalls, trekking trails, hills, peaks and beautiful streams. Don't you think it's a perfect destination around Bangalore to get lost in the world of serenity and tranquillity?

You can also spot several historical sites and ancient temples within its boundaries. Well, what else can you long for on a trip to a tiny village? Hence, you should not miss visiting this quintessential hamlet tucked away in the lush greenery of Karnataka. The prominent places here include Sirimane Falls, Narasimha Parvatha and Shri Rishya Shringeshwara Temple.

Home to Kokrebellur Bird Sanctuary, this beautiful village is known for its rich biodiversity. Ranging from grasslands to forests, streams to diverse wildlife, there is a lot to witness here. However, it is mainly popular for its bird population and hence, it is mostly visited bird-watchers and wildlife photographers.

The major species of birds here include painted storks and pelicans. Wouldn't you love to listen to the melodious sound of birds as you take a stroll through grassy trails? If yes, then plan a visit to this beautiful village which is a bird sanctuary in itself.

Another beauty which can give tough competition to the likes of Kigga, Kutta is a small village in the Kodagu district and is known for its relaxing river beaches of Kaveri. Surrounded by beautiful forests, this enchanting beauty is bound to send its visitors to the world of retirement.

Even though there are not many places to explore within the boundaries of Kutta, there are certainly hundreds of sites nearby its settlement which can compel you to visit it again and again. These sites include hillocks, temples, trekking routes, hiking spots, hills and wildlife sanctuaries. Isn't it an ideal destination to retire amidst peace and calmness?