RCB vs MI, Who will today? Play and Win
View Sample
For Quick Alerts
ALLOW NOTIFICATIONS
For Daily Alerts 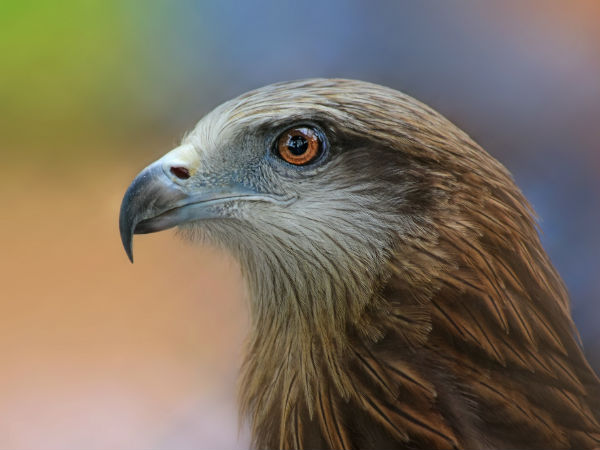 Home to a number of highest peaks of the world, including the highest Mt. Everest, the Himalayas are a true spectacle. Spread across India, Nepal, Bhutan, China & Pakistan, the Himalayas are one of the largest biodiversity hotspots in the world. With its name meaning "abode of snow", derived from Sanskrit words "him" and "aalay", the majestic mountain range is blessed with a stunning landscape, highest peaks and passes, glaciers, high altitude lakes, rich and unique flora and fauna.

The Himalayas are home to some of the most elusive, endangered, extremely rare and beautiful animals and birds like Snow Leopard, Red Panda, Himalayan Tahr, Musk Deer, Himalayan Blue Sheep etc. Read here about some of the beautiful birds one can see in the Himalayan regions of India.

The stunningly colourful Himalayan Monal is an extremely shy bird found in the Himalayan region. It is the state bird of Uttarakhand and is the national bird of the neighbouring country of Nepal. Like the other birds from the pheasant family, the male Monal birds are multicoloured than the female birds who are dull in colour.

Easily spotted in across Uttarakhand and Himachal Pradesh, the Himalayan Monals are also found in Jammu and Kashmir, Sikkim and Arunachal Pradesh.

Another one from the pheasant family, the Himalayan Snowcock is a large bird found in the alpine pastures and steep ridges of the Himalayan mountains. Found mostly above the treeline and near the snowline, in the Himalayas, it is found at elevations of 4000-5000m in summers. Because these partridge-like birds do not migrate, they descend to lower elevations during peak winters.

The Himalayan Snowcock does not fly but prefers to walk and run, but if at all it has to fly it takes a plunge from the cliff or ridge and flies closer to the ground. It can be seen in several regions of Ladakh like Rumbak, Chang La and Hemis, Munsiyari in Uttarakhand, Indrahar Pass in Himachal Pradesh etc.

The Himalayan Griffon Vultures can be spotted in regions like the Dhauladhar range of mountains and Spiti Valley of Himachal Pradesh, Udhampur and Kishtwar districts of Jammu, Chopta and Kedarnath Wildlife Sanctuary of Uttarakhand, Darjeeling, Assam, etc

There are two kinds of choughs found in the Himalayas - Red-billed Chough and Yellow-billed (or Alpine Chough). These belong to the crow family. With their glossy black plumage, they look similar to a crow except for their coloured beaks and legs.

The Red-billed Chough has a red beak and red legs, and the Alpine Choughs have yellow beaks and red legs. Their main habitat is high in the mountains, and in the Himalayas, these are found at an elevation of 8000-16000 ft and can go further high during summers.

The Choughs can be found in many regions of Sikkim, Ladakh, and Uttarakhand. These are largely spotted in Komic village, Kaza, and Spiti Valley of Himachal Pradesh as well.

With its agility, sharp and massive talons, the Himalayan Golden Eagle is one of the best-known raptors. It is undoubtedly, the largest of all the Himalayan birds. Though the male and female birds look similar with their brownish-black bodies, powerful wings, the female birds are usually larger in size than the male eagles.

One can spot the Himalayan Golden Eagles across Ladakh, Sikkim and other Himalayan regions of India.