All You Need To Know About Honnamana Kere In Karnataka 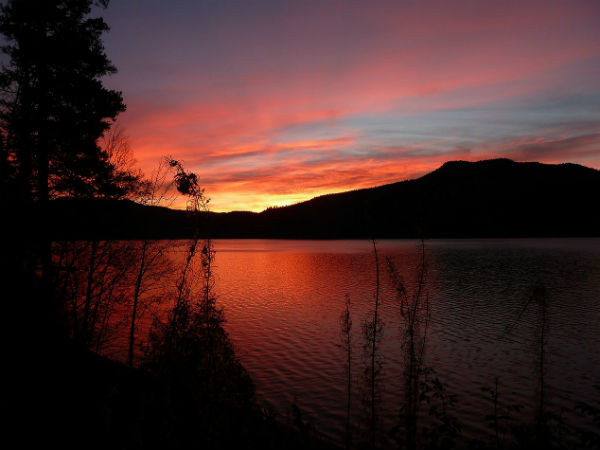 It wouldn't be wrong if we say Karnataka is the land of lakes. After all, this state houses some of the most beautiful and largest lakes in the country, which are visited by tourists, nature lovers and photographers on a regular basis in thousands.

However, there are still several lakes which remains unexplored throughout the year despite being home to the best of natural grandeur. How about unveiling the glamour of such places this season? Honnamana Kere is one of such lakes in Karnakata and is only popular amongst locals and seasonal tourists. Hence, it always remained an unknown topic.

If you love being at places which are hidden in some corners of Mother Nature, then this mesmerising lake is your destination this weekend. You must not miss out on this enthralling beauty as it has a lot to offer and surprise its visitors. Read on to learn in detail about how to reach Honnamana Kere and its nearby places of interest.

Best Time To Visit The Lake

As the weather remains comfortable and pleasant throughout the year, the region around Honnamana Kere experiences moderate type of climate. Hence, it is a year-round destination. However, if you are looking forward to witnessing the beauty of Honnamana Kere at its summit, then the appropriate time to visit is from July to October and January to March.

Honnamana Kere is the largest lake is the Kodagu district of Karnataka and is located in a small hamlet named Sulimalthe. Surrounded by towering hills, green lawns, dense vegetation and rich forests, this lake is a wonder in itself.

The lake is named after deity Honamma, who is said to have sacrificed her life for the welfare of the region and its people. Hence, it is also considered a holy place by several locals. As the region is rich in raw beauty of nature, it is also a perfect place to capture some of the best shots on your camera. Wouldn't you love to get in touch with this appealing beauty?

Why You Should Visit Honnamana Kere

From sitting idly in its beautiful surroundings to lazing by the lake and framing the scenic beauty of nature to feeling the essence of collectedness, there is a lot on offer in and around the region of Honnamana Kere.

You can also explore beyond its boundaries and visit the prime attractions of Kodagu district, which include Abby Waterfall, Talakaveri Temple, Mallalli Falls, Tadiandamol Peak, Nisargadhama Forest, Iruppu Falls and Brahmagiri Hills.

How To Reach Honnamane Kere

By Air: The nearest airport from Honnamana Kere, located near Somwarpet, is situated at a distance of about 120 km in Mysore. From the airport, you can either hire a direct cab to Sulimalthe, where the lake is located, or you can catch a bus to Somwarpet and the from there, a cab to Sulimalthe.

By Rail: The major railway station is also located at Mysore and hence, if you desire to travel by train, then it is advisable to catch a train to Mysore Junction and then from there, a direct cab to Honnamana Kere in Sulimalthe.

By Road: As the village of Sulimalthe has proper roads, Honnamana Kere can be easily approached by road.