Nativeplanet
»
Travel guide
»All About The Popular Kaziranga National Park

All About The Popular Kaziranga National Park 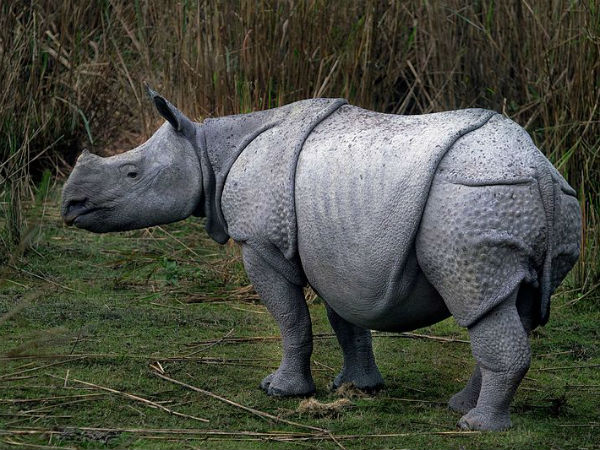 Famous worldwide for being an abode of the one-horned rhinoceros, Kaziranga National Park is a magnificent place located in the beautiful state of Assam. The park is situated 185 km from Dispur in the Golaghat and Nagaon district. It was declared as a UNESCO World Heritage Site in 1985 since it is home to 2/3rd of the world's rhinoceros population .

The park is nestled on the corner of eastern Himalayas and is a rich biodiversity hotspot. The park is on the floodplains of river Brahmaputra which leads to a high level of water during certain seasons; although it affects the wildlife, the officials are ready for all kinds of protection.

The winter months of November to April is the ideal time to visit Kaziranga National Park since the climate is mild. The odds of spotting rhinoceroses are more during this season.

Monsoons nearly flood the park making it hard to handle tourists since the officials put all their efforts in protecting the wildlife of the park.

According to a story, during the British Raj in 1904, the prevailing viceroy of India took his wife to the park. Mary Curzon, wife of Lord Curzon, wanted to spot the highlighted one-horned rhinoceros, but, to her dismay, didn't come across even a single one.

This alarmed her and she persuaded Lord Curzon to put some serious efforts into the conservation of these beautiful creatures. It was immediately converted into a reserve forest and it has remained as we see it today.

Apart from rhinoceros, Kaziranga has one of the highest density of tigers living in the national park because of which it was also declared as a Tiger Reserve in 2006. Due to tall grasslands of the park, it might be hard to spot tigers since they provide camouflage.

Some of the other largely breeding animals that can be found here include elephants, swamp deer and wild water buffaloes. It is also home to animals like Bengal fox, sloth bear, large Indian civet, Chinese pangolin, to name a few of the many.

Spot exotic and native birds, such as Baer's pochard duck, Blyth's kingfisher, white-bellied heron, lesser kestrel, etc., which is why it is also named as an Important Bird Area. Don't forget to grab a pair of binoculars on your visit to the park!

Kaziranga's rich biodiversity is home to diverse vegetation of 500 orchid species, 46 bamboo species and 12 species of cane. With such rich vegetation, Kaziranga is also an ideal visit for nature lovers.

Safaris happen during two different intervals of the day. One is in the morning between 8 am to 10 am while the other takes place between 2 pm to 4 pm in the afternoon.

Elephant safari is also available at the park, which happens between 5.30 am to 7.30 am, a spectacle you would not want to miss. An important detail to note about the park is that it remains closed between May to October since the park faces heavy rainfall during monsoon.

Comments
Read more about: india travel wildlife nature unesco world heritage site assam
Other articles published on Nov 23, 2017
We use cookies to ensure that we give you the best experience on our website. This includes cookies from third party social media websites and ad networks. Such third party cookies may track your use on Nativeplanet sites for better rendering. Our partners use cookies to ensure we show you advertising that is relevant to you. If you continue without changing your settings, we'll assume that you are happy to receive all cookies on Nativeplanet website. However, you can change your cookie settings at any time. Learn more
Change Settings Continue