A Visit To The Enchanting Changu Lake In Sikkim 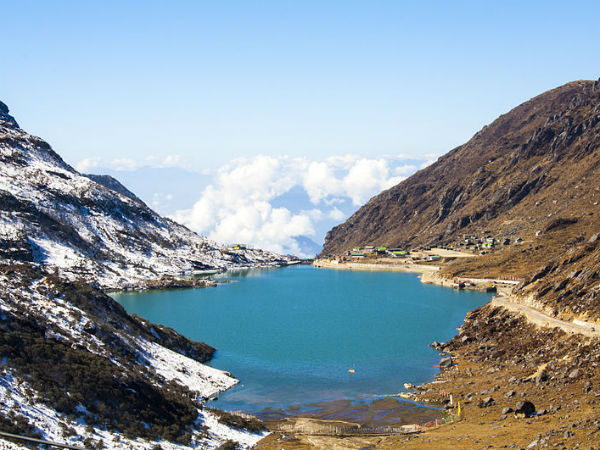 I was travelling to Sikkim a couple of months ago with a few friends. Each one of us had a huge list of places to visit on our itineraries. I wanted to visit a combination of offbeat and touristy places. I had heard and read numerous stories about the colour-changing Tsomgo Lake and it was one of the top places I had in mind.

We flew to Bagdogra from Bangalore and took a state transport bus to reach Gangtok. Without wasting any time, we went to the Tourist Information CentreCenter on MG Road in Gangtok. The person at the inquiry counter told us all about a visit to the Tsomgo Lake. I then inquired about the Changu Lake. To which he smiled and told me it's the same lake. The Tsomgo is also known as Changu Lake and Tsongmo Lake.

Most tourists visit the popular places near Gangtok, but we wanted to explore a few offbeat places as well. With the help of the information officer and after a meticulous planning, we finalized our itinerary for the next day. We decided to visit a couple of places en route the famous Nathula Pass. The permit required for the trip were arranged by the tour operator. The next morning we grabbed a quick bite and gathered at the assembly point. Thus began our trip to the beautiful Changu Lake. And here's what our trip was like.

Our first stop was the Kyongnosla Alpine Sanctuary that is located about 30 km from Gangtok in east Sikkim. It can be reached by driving on the Jawahar Nehru Road. Tourists heading to Nathula Pass take the same road. A check post and few shops can be seen around. The temperature started to drop as we ascended.

We stopped to have a bowl of hot noodles and tea. At an altitude of around 4000 metres, this alpine sanctuary offers stunning views of the snow clad mountains and many high peaks including Mount Pandim and Mount Narsing. The place has dense forests of junipers, silver firs and rhododendron trees. The sanctuary is home to some rare and endangered species of orchids.

Sikkim is known for its stunning waterfalls. Post the monsoon season and during the warmer months, these waterfalls are cascading over the high mountains in full gusto. The Kyongnosla waterfall is one such beautiful waterfall inside the Kyongnosla Alpine Sanctuary. Icy cold water gushes from a height of 10,000 feet and is a sight to behold.

The entire stretch has numerous waterfalls and streams, and the drive is extremely scenic. The area is snowbound during winter. Hence, the best time to visit Kyongnosla Alpine Sanctuary and Kyongnosla waterfalls is between April and August and again in October-November.

We crossed numerous streams, waterfalls and saw several lakes and water bodies along the entire stretch. Surrounded by gigantic mountains, the place looked heavenly. By the time we reached the Changu lake, it was 1.30 pm. Nestled between high mountains, the Changu lake or the Tsomgo lake is perched at an altitude of 12,400 feet.

The lake is about 37 km from Gangtok and is one of the most spectacular places to visit while in Sikkim. It is a sacred lake and revered by Buddhists as well as Hindus. This oval-shaped lake is deep azure and is spread over 1 km. The lake freezes in winter and becomes white in color.

The place has a small but busy market, called the Changu market which sells yak cheese, trinkets and souvenirs. The place was buzzing with people, both local and tourists. Yaks were wandering about. Tourists were taking yak rides. A small bridge lead us to the viewpoint from where the entire lake and the surrounding mountains can be seen.

Visiting Changu lake in spring, summer and winter are unique experiences. The landscape in spring and summer is colourful and vibrant, whereas during the winter it's silvery white, blanketed in snow. Monsoons are best avoided.