The Amazon Prime Day Sale 2021 is here and is offering a huge discount on several devices, including Xiaomi Mi 11X, Mi 10i 5G, Redmi Note 10T 5G, and more. Here's everything you need to know about the sale.
View Sample
For Quick Alerts
ALLOW NOTIFICATIONS
For Daily Alerts 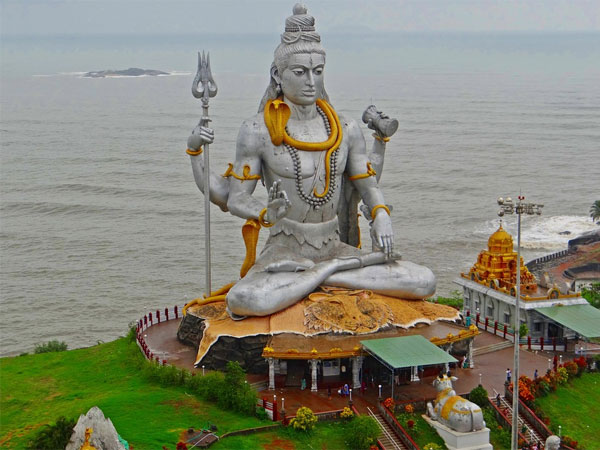 For centuries, the many different cultures and traditions of India have been celebrated by people in the form of boisterous festivals or by building temples and other places of religious significance. Certain regions, therefore, are known for the many temples that crowd the place.

Karnataka has seen the rule of many powerful dynasties like the Mauryas, Chalukyas, Vijayanagar Empire and more. These rulers have left behind beautiful architecture, some of which are now important places of pilgrimage. Every year, thousands of pilgrims plan a journey to these places. For a spiritual experience on your vacation, visit any of these popular destinations in Karnataka.

Dharmasthala is a popular temple town that is nestled on the banks of river Nethravathi. It is located almost 300 km from Bangalore and is known for the main Dharmasthala Temple. The temple is home to many shrines dedicated to Shiva, Chandranath, Manjunatha, etc.

The best time to visit Dharmasthala is between November to December when they have the grand annual festival called Laksha Deepotsava. It is estimated that about 10,000 devotees crowd the temple during this time.

Pattadakal is located in northern Karnataka. It is a temple town nestled on the bank of river Malaprabha. In fact, it is a UNESCO World Heritage Site due to the brilliance of the architecture. Built in Dravidian and Nagara style of architecture, these temples were built during the rule of Chalukya dynasty.

There are 10 temples in total, all of which are dedicated to Lord Shiva. Visit temples, like Galaganatha Temple, Kashi Vishwanath Temple, etc., and appreciate the intricate details made on these beautiful temples.

Located almost on the border of Karnataka, Gokarna is a popular temple town in Karnataka. However, recently it has gained a lot of attention for its beaches as well. The main temple is the Mahabaleshwara Temple that is dedicated to Lord Shiva.

Some of the other temples you must visit in Gokarna include Bhadrakali Temple, Venkatramana Temple, Maha Ganapathi Temple, etc. You can also go beach-hopping at Gokarna to places like Om Beach, Kudle Beach, etc.

Udupi is a beautiful coastal town that is known for its temples and unique cuisine. The most important temple of this town is the Krishna Temple, also known as Udupi Sri Krishna Matha. There are eight mathas managing the daily services of the temple.

Paryaya is a boisterous annual festival that takes place in the month of January, when thousands of devotees crowd the town. Try the delicious cuisine of Udupi as well as visit places, like Kaup Beach, Malpe Beach, St Mary's Island, etc., on your visit to the town.

Shravanabelagola is a Jain pilgrimage site since it is home to one of the most important sites, which is the Gommateshwara Statue. This huge monolithic statue is of a fearsome height of 57 ft, set on the Vindhyagiri Hill.

A major attraction of the statue is the Mahamastakabhisheka, which is a grand festival held every once 12 years. During this time, the statue of Gommateshwara is bathed with saffron, ghee, milk, etc. in order to keep it fresh. The upcoming Abhisheka is during February 2018.

Sringeri is a revered town since it is the place where the first math was founded by the well-known Hindu theologist, Adi Sankara. He established the Advaita Vedanta philosophy.

Some of the important places to visit in Sringeri include Vidyashankara Temple, Sharadamba Temple, Sirimane Falls, etc. It is home to a Jain temple too, which is the Sri Parshwanath Swamy Basadi, situated in the heart of the town.

Murudeshwar is nestled on the Arabian Sea's coast. The town is well known for being home to the second tallest statue of Lord Shiva in the world. The statue is 123 ft tall and has a 20-storey gopura built in the temple. It is a great escape spot for both tourists of Karnataka as well as Kerala.

Some of the other places you need to visit in Murudeshwar include the serene Murudeshwar Beach, Netrani Island, Murudeshwar Fort, to name a few.