5 Significant Places In Srikalahasti You Are Bound To Visit 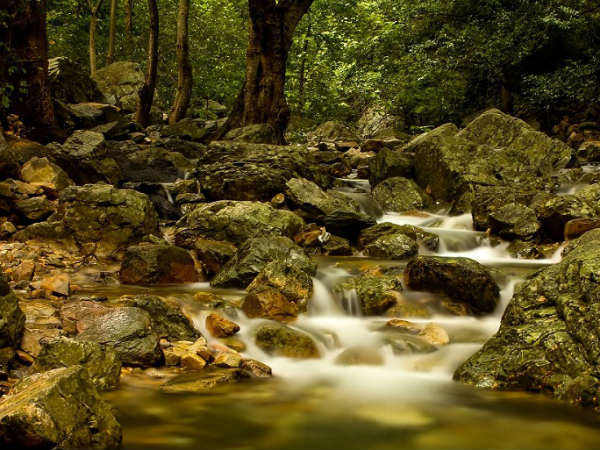 Located in the Chittoor district of Andhra Pradesh, Srikalahasti is a pilgrimage town and is immensely popular for Srikalahasti Temple, which is one of the most visited Shiva temples in South India. Apart from its religious sites and pilgrimage destinations, one can also explore its beautiful surroundings, which comprise of waterfalls, hills and rich vegetation.

Have you ever been to Srikalahasti? If not, then you must plan a trip to this wonderful town, which is set to teach you about the rich history and culture of Andhra Pradesh and get you in touch with unblemished nature.

Srikalahasti is also one of the oldest towns in Andhra Pradesh and is believed to have been in existence for centuries. So, how about planning a tour of this holy town which is also home to natural beauties? Read on to know about significant places in Srikalahasti that you are bound to visit.

Unarguably, Srikalahasti Temple is the identity of the town as the town has derived its name from the temple itself and the settlement of Srikalahasti flourished around this temple only. Therefore, it should be on the bucket list of every traveller planning a trip to Srikalahasti.

Dedicated to Lord Shiva, the temple was constructed between the 5th and 12th centuries by the Cholas and the Vijayanagar kings. Since then, this temple has been witnessing Hindu devotees in thousands. Today, it has also become popular amongst curious travellers too, who come here to learn in detail about the culture and history of the town.

Another important religious site in Srikalahasti, Sahasra Linga Temple is located atop a rock hill in the midst of the dense forests and is surrounded by towering hills. Therefore, the environment of the temple maintains a peaceful aura.

Here, you can find 1000 shrines of Lord Shiva in the form of lingas. It is also believed that devotees visiting this holy temple of Srikalahasti with sheer dedication and devotion will certainly get rid of their sins. So, who about getting yourself to this mysterious temple and getting rid of your sins?

A small hamlet in the Chittoor district at a distance of about 35 km from the core settlement of Srikalahasti, Gudimallam is famous amongst locals and Hindu devotees for the ancient Parasurameswara Temple, which is dedicated to Lord Shiva and is believed to be thousands of years old with its history dating back to the early Medieval Period.

Today, the temple is a famous pilgrimage site and is frequented by thousands of devotees every year. The region of Gudimallam is also considered as a site of historical significance as several inscriptions dating back to the Pallava and the Chola dynasties have been found here. Are you a history lover? If yes, then add Gudimallam to your bucket list.

How about relaxing amidst soothing waters of a waterfall in the midst of a forest after exploring the historical and religious sites of Srikalahasti? If you desire such experience, then do not forget to visit Tada Falls, which is located at a distance of about 40 km from Srikalahasti.

As the waterfall is present in a secluded forest, you can certainly feel the essence of equanimity in its atmosphere, which is perfect for soothing your nerves. Wouldn't you love to be at a place where you can just relax and chill around the heavenly presence of nature? If yes, then make Tada Falls your next weekend destination. The area around the waterfall is also good for trekking and camping.

It is believed to be the site where the great sage Bharadwaja lived and meditated for centuries. So, what do you think of getting yourself to this composed place where everything seems comfortable and at peace?

Comments
Read more about: india travel tourism tirupati pilgrimage waterfalls lakes temples
Other articles published on Jun 28, 2018
We use cookies to ensure that we give you the best experience on our website. This includes cookies from third party social media websites and ad networks. Such third party cookies may track your use on Nativeplanet sites for better rendering. Our partners use cookies to ensure we show you advertising that is relevant to you. If you continue without changing your settings, we'll assume that you are happy to receive all cookies on Nativeplanet website. However, you can change your cookie settings at any time. Learn more
Change Settings Continue