Nativeplanet
»
Travel guide
»10 Treks For The Spiritually Inclined In India

10 Treks For The Spiritually Inclined In India 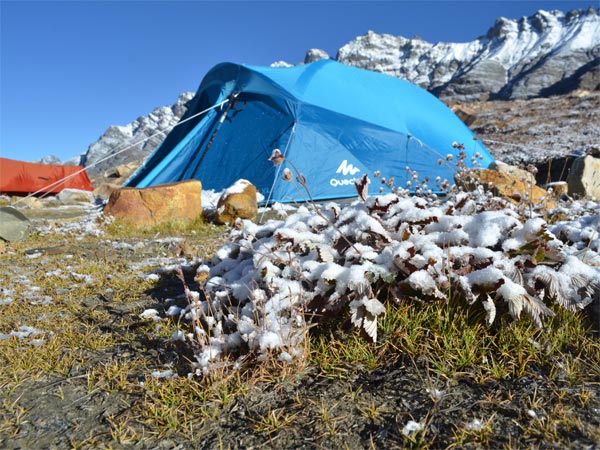 Amidst the montage of people, there exists a divine circuit of thousands of pilgrims who dedicate their entire life to a journey to wash away their sins and seek the blessings from the deity whom they worship. India is a holy land which unites people as they go for long treks across the country which are dotted with pilgrimage sites of various religions.

Over the years, spiritual treks have gained popularity which cover almost the entire Himalayan ranges beginning from Amarnath in Kashmir to Tawang Monastery in Arunchal Pradesh and many more. Have a look at some of the top spiritual treks in India.

Gangotri and Yamunotri are two pilgrimage sites amongst the Chota Char Dham Yatra which also covers the shrines of Kedarnath and Badrinath. The journey cuts through the Gangotri glacier apart from vast meadows which are home to wild flowers and bubbling springs.

The journey takes you through the rugged terrain of the Himalayas cutting across the Kirti Bamak Glacier which is at the base of Kedarnath and lies at the base of Mt Meru from Tapovan.
PC: HarryRawat1989

One of the popular spiritual treks in the Himalayan region, the Panch Kedar trek, stretches from an altitude of 2134 m in Urgam and scales to the height of 3584 m at Kedarnath. The entire stretch reflects the mythical colours of the Mahabharata.

The Panch Kedar trek not only covers up the five shrines dedicated to Lord Shiva, which are Kedarnath, Tungnath, Rudarnath, Madhyamaheshwar and Kalpeshwar, but also allows you to familiarise the remote villages which showcase an ancient charm. The entire trail offers immense opportunities to be fascinated by the snow-capped peaks which take possession of the dense forests and lush green meadows rolling down the valleys.
PC: Sutharsan Shekhar

The Adi Kailash trek also known as Chota Kailash is one of the revered treks in the Indian Himalayan region which takes you through a journey and transports your mind and soul into the heartland of awe-inspiring natural beauty and splendor.

The treks offers a panorama of beautiful snow-covered peaks which includes the majestic Annapurna peak which colours and refreshes the journey with its sprawling lush green meadows, thick forests and splashing waterfalls. The Adi Kailash trek begins from Dharchula and is a moderate trek that takes 13 days to complete.
PC: Sutharsan Shekhar

The trek stretches from the sublime land of McLeod Ganj, which is often fondly called as Little Lhasa, to Manimahesh Lake, which is said to be one of the abodes of Lord Shiva as per the Hindu mythologies. The Manimahesh Lake trek is one of the spiritual treks which reverberates the mind of thousands of pilgrims from different parts of the country and fetches adventurers from different parts of the world too.
PC: Ashuthakur39

The Kinner Kailash trek, which is also known as the Kinner Kailash Parikrama, is one of the sacred journeys to one of the mythical abodes of Lord Shiva and Parvati. The trek begins from an elevation of 2900 m and takes you to a height of 5242 m. The trek is of moderate to challenging nature. En route, one would come across some remote villages, streams, deep valleys and mountain passes.
PC: Narender Sharma

The Satopanth Lake trek starts from Mana, a remote village which is 3 km away from Badrinath, and is nestled at an altitude of 3200 m. The Satopanth Lake trek, is one of the shortest and challenging treks in the Indian Himalayan region. It attracts pilgrims who come seeking not only divinity but also tranquility. Its serene ambiance attracts travellers who come here in search for adventure.
PC: Arupamdas

One amongst the popular, short and easy treks in the Garhwal Himalayan region is the Hemkund Sahib trek, stretching from an elevation of 2050 m to 4329 m. Hemkund Sahib that is constructed at a towering height and overlooks the pristine and clear waters of Hemkund is considered as the highest gurudwara in the country.

It not only attracts Sikh pilgrims but also a large number of travellers for this picturesque trek in the Himalayan region, which is home to the multihued valley of flowers and the Nanda Devi National Park.
PC: Kp.vasant

The entire trail to Yamunotri takes you through patches of snow, all with the exotic scenery which takes you to a state of nirvana as you remain spellbound by an unfaded vicinity in the midst of the Saptarishi Kund that has a backdrop of sickle-shaped moraines, which captures the spectacular horizon of the partly visible peak of Bandarpunch.
PC: Atarax42

The Kedarnath site, on the banks of river Mandakini, is the most remote of the four sites that is located close to the Chorabari Glacier and is flanked by breathtaking snow-capped peaks. The place is accessible after a short trail of 14 kilometers from Gaurikund via Rambara and Garur Chatti.

Apart from the pilgrimage site, another serene and pristine beauty, which is set in the midst of mountains and covered in snow, is the Vasuki Tal which offers a spiritual aura, the thrilling trail allows you to acquaint the wildlife along with sprawling natural hues.
PC: Atudu

The Zanskar region brings forth the Phugtal Monastery which beholds the eyes of Buddhist pilgrims far from South Asian countries as well as trekkers and travellers from parts of world. It is a major trial amongst the trekkers when it comes to trekking in the Zanskar region. The trail climbs up to the Phugtal Monastery which was built by Gangsem Sherap Sampo in the early 12th century. At present it houses more than 50 monks, a library and prayer rooms.
PC: Shakti