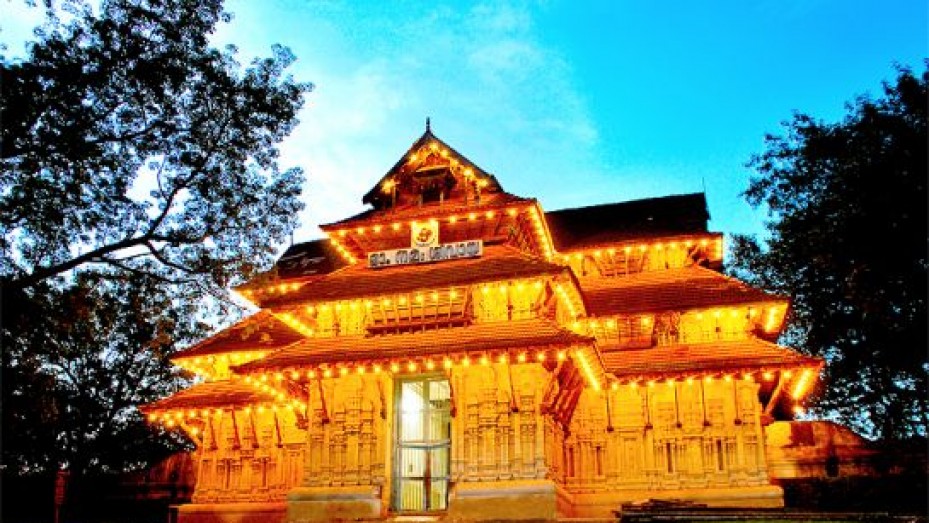 Vadakkumnathan Temple, is yet another temple worthy of a visit. Also known as Tenkailasam and Vrshabhacalam, this temple houses the deity Lord Shiva. According to a legend, it is the first temple built by Parshuram, an avatara of Lord Vishnu. True to the legend, the temple radiates a serenity only the divine can bestow. The monumental towers on all four sides of the central sanctum are breathtaking and will give you a tangible feel to the architecture of Kerala.

Not only does the temple generously share with us stories from the past in the form of interesting vignettes artistically carved out in wood and the historic mural painting portraying snatches of the epic of Mahabharata, but also displays its penchant for art and culture through its Koothambalam. This is the area specifically built for patronising the performing arts. This dias is considered as sacred a platform as the inner sanctorum itself. The temple is situated in the Tekkikadu grounds, where the Pooram festival is held.