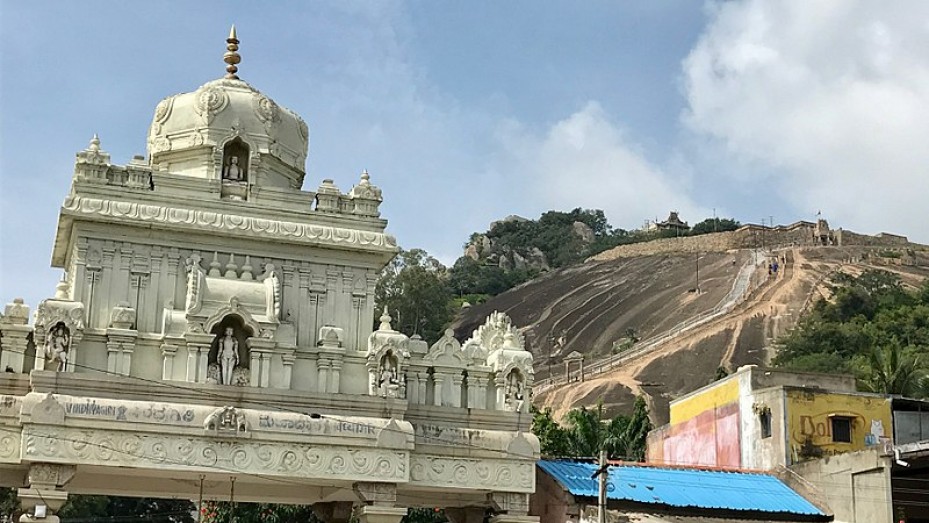 Travellers on a trip to Sravanabelagola are 'recommended' to explore the Vindhyagiri Temple that is situated at Vindhyagiri Hills. Vindhyagiri Temple, also called Odegala Basadi, has three cells that lie up on a hill, which is 572 steps up. In order to reach the site, travellers need to climb up 100 steps.

On their way to the site, travellers would notice small shrines and images alongside the path. This pilgrimage site is on a high terrace that was formed due to slabs of rock. Vindhyagiri Temple is a perfect example of rock-cut architectural style. Upon reaching the Vindhyagiri Temple, devotees would get the opportunity to view beautiful images of Jain Tirthankaras, namely Neminatha, Santinatha and Adinatha.

Moreover, the figure of Gullakayaji is another significant deity of the temple, which is regarded to be the incarnation of Goddess Padmavati. The entrance of the Vindhyagiri Temple is called Akhandu-bagilu because it was made out of a single rock. Figures of Bahubali and Bharata had been carved near the entrance.