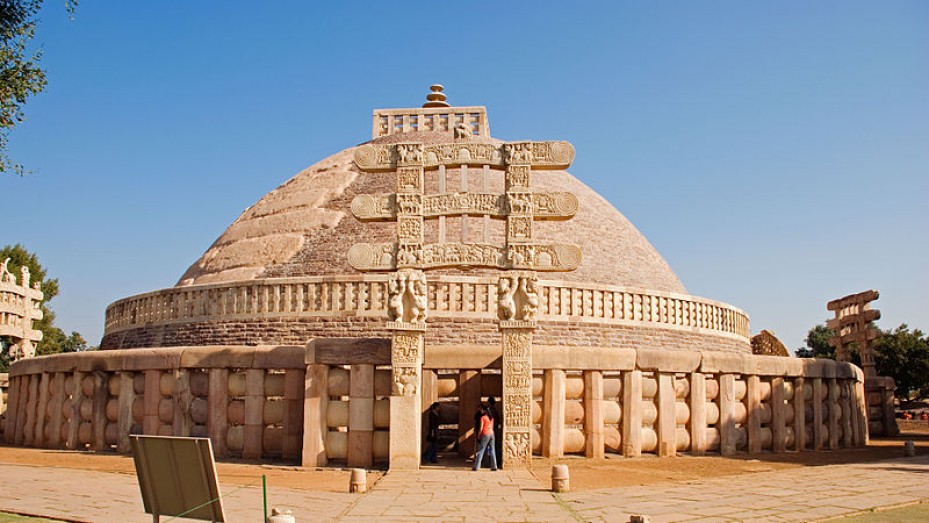 Sanchi Stupa is a famous tourist spot located at the Sanchi village of Madhya Pradesh at a distance of 46 kilometres from Bhopal. There are three stupas and these stupas are the most well preserved all over the country. The first Sanchi stupa was constructed in the third century. Its height is around 16.4 m and it is about 36.5 m in diameter.

The second stupa was constructed in the second century and is situated at the margin of a hill above an artificial stage. The third Sanchi stupa lies near the first stupa and it possesses a crown on the semicircular dome which is considered to be a blessed place. All the three stupas of Sanchi are considered as World Heritage Sites and are presently under UNESCO.