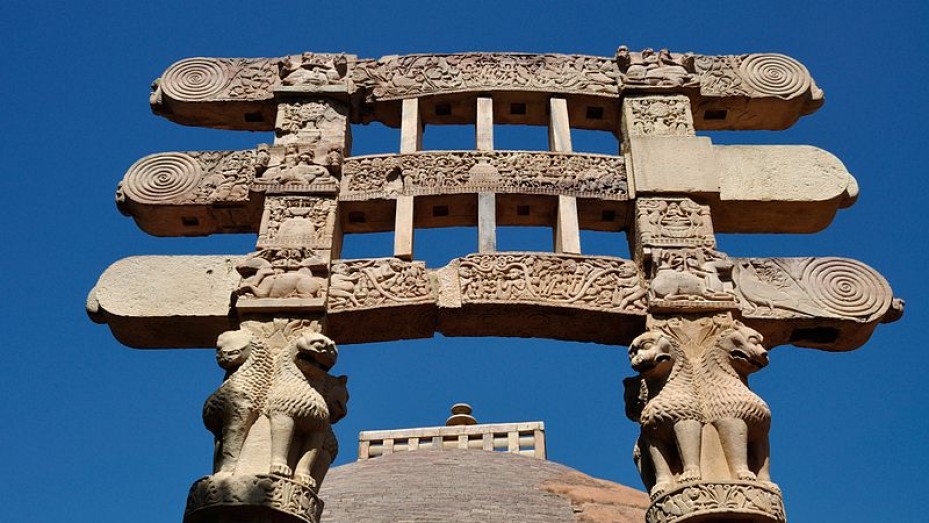 Four Gateways of Sanchi Stupa have four sets of lions situated at the top of each pillar. It is true that when the stupas were planned the splendid gates were not included at first. A striking contrast is formed at the body of the stupa by the entrance gates. Each gateway is supported by a superstructure and three curvilinear architraves and intermediate parts.

The gates have one of the finest architectures and are covered with reliefs. All the four gateways of the Sanchi Stupa date back to the first century BC. The southern gate is the principal entrance, and it was built at first.

After that, the northern, eastern and western gates were built. There are scenes of Gautam Buddha’s birth embedded in the southern gateway and events from Samrat Asoka’s life as a Buddhist are also embedded in this particular gate. The architraves are supported with four pillars that have four lions on their top.