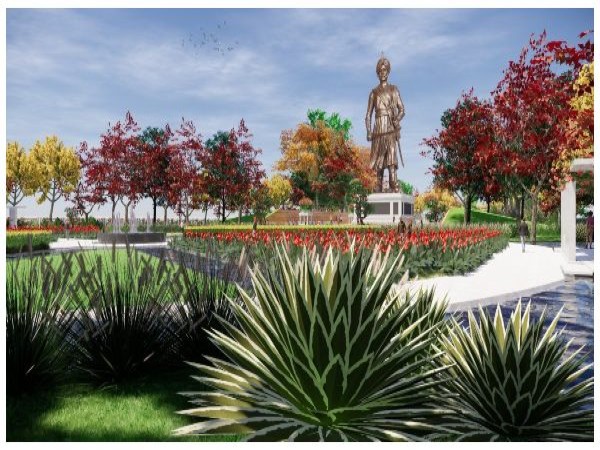 A 108-foot bronze statue of Kempegowda, the founder of Bangalore city, will be inaugurated by PM Narendra Modi on November 11 (Friday).

Named the 'Statue of Prosperity', this giant statue will be inaugurated by Prime Minister Narendra Modi. At the Bangalore International Airport premises in Devanahalli, preparations are underway for the statue unveiling ceremony. State Health Minister Dr K. Sudhakar clarified that all preparations for the historic event on November 11 has been completed.

After forming the BJP government in the state in 2019, former CM BS Yeddyurappa initiated the construction of the statue of Samriddhi. Minister Sudhakar informed that after CM Bommai assumed power, the construction work of this historical monument gained speed.

Meanwhile, Prime Minister Modi is coming to Bangalore to inaugurate the bronze statue of Kempegowda, and heavy security has been taken. Security preparedness has already been ensured at the international airport premises.

A 108-feet bronze statue of Bangalore city founder Kempegowda, erected on the premises of Bangalore International Airport in Devanahalli, is all set to be inaugurated. Workers are busy making final preparations for the inauguration ceremony.