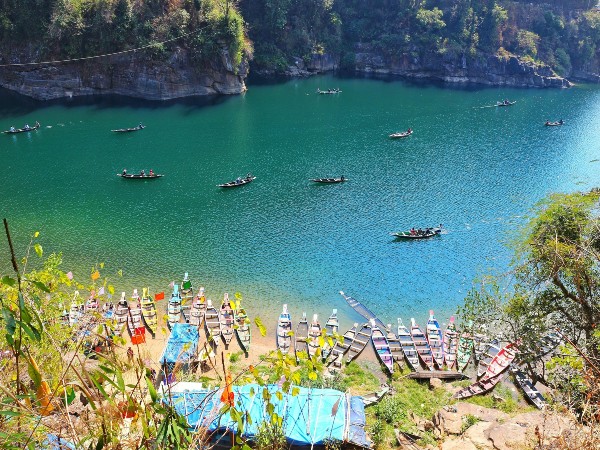 Following the deaths of six persons at Mukroh on the interstate boundary, the law-and-order situation in Meghalaya has improved, and the Assam police have removed the restrictions on vehicular mobility, enabling all cars to enter Meghalaya. On Sunday, DCP Sudhakar Singh of the Guwahati City Police reported that the police had taken down the border barricades in the Jorabat region of Assam and permitted all cars to enter Meghalaya.

Early on Tuesday, after a truck allegedly carrying illegally felled timber was stopped by forest guards from Assam, violence erupted at Mukroh village nearby the disputed border of the two states. Six people were killed as a result of the clashes, including five tribal locals from Meghalaya & a forest guard from Assam.

Six persons were killed during severe skirmishes in the disputed territory along the Assam-Meghalaya border; prohibitory orders remained in effect there. However, travel restrictions between the two states were lifted on the sixth day following the violence, according to officials.

As police roadblocks remained in place at Jorabat in Guwahati and Cachar districts, the police stated that if individuals had to travel, they should do so in vehicles with Meghalaya registered number plates.