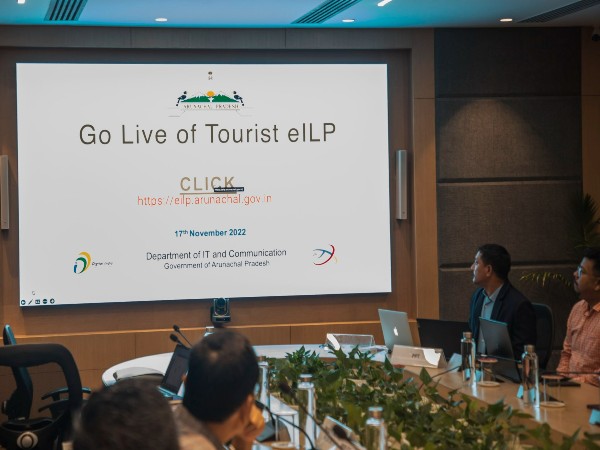 Another step toward transforming Arunachal into a tourist-friendly state was Chief Minister Pema Khandu's Thursday unveiling of the tourist e-Inner Line Permit (eILP) portal. This will totally digitize the process of providing ILPs to tourists, making the process quicker and more convenient with the hope that more people will travel to the state as a result of this.

Why permit is required to enter Arunachal Pradesh?

Because Arunachal falls under the Inner Permit Regime, which is governed by the Bengal Eastern Frontier Regulation, 1873, visitors must get an ILP before traveling to the state. According to current reports, the state's IT department designed and released this e-ILP portal specifically for travelers.

Chief Minister Pema Khandu tweeted, "The eILP launched today is a great step to serve exclusively the tourists and smoothen their entry in the State. It will ease the process of obtaining an Inner Line Permit (ILP). There would be no waiting period for tourist eILP; the application, and approval process is simplified."

The Chief Minister further said that the ID card-based registration with mobile One Time Password (OTP) based self-verification & digitally issued ILP based on QR Codes would be used and confirmed by police officers at checkpoints using specifically developed mobile-based applications. Additionally, he stated that it would speed up tourist flow.

As one of the reasons why Arunachal Pradesh struggles to draw tourists in comparison to Sikkim and Meghalaya, travelers who want to visit the state frequently lament the difficulty in obtaining an ILP. But according to sources, this most recent move will guarantee tourists a speedier, more practical, and smoother admission into the state. The tourism sector is considered to be one that will support the state's economy in the future, in addition to the hydropower sector.