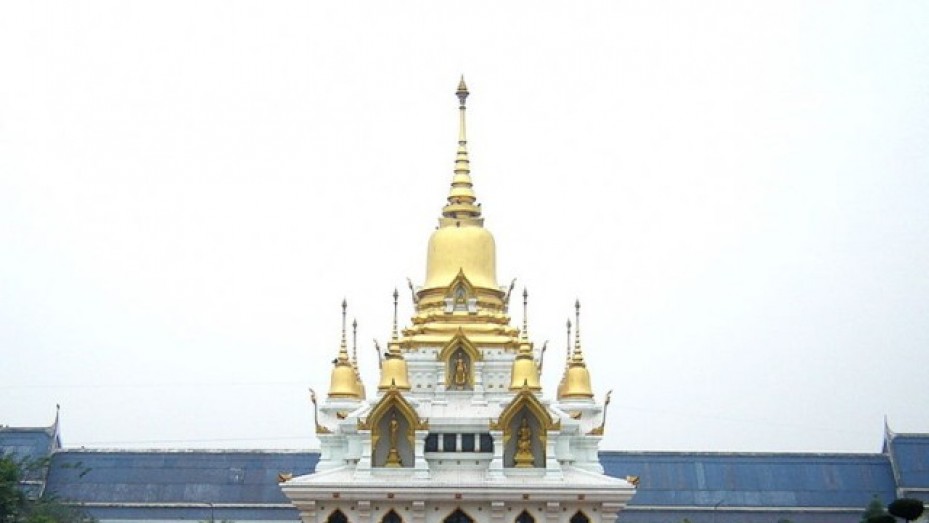 Wat Thai Kushinara Chalermaraj Temple, briefly called just Wat Thai Temple was built by the disciples of the Buddha from Thailand to celebrate the golden jubilee of King Bhumibol Adulyadej's accession to the throne of his counrty.

The construction of the temple was inaugurated by Somdej Phra Yansangvara, the supreme Patriarch of the Kingdom of Thailand on 21st February, 1999. It was completed and opened to the public in 2001. The money for its construction was raised primarily on the donations of the Tahi Buddhists.

The temple was originally conceived as a forest monastery and is, therefore, located amongst dense growth of a variety of trees, shrubs and plants. The temple, built in Thai-Buddhist architectural style, is located in a huge complex sprawling over an area of ten acres.

Besides the temple, the complex also houses a monastery, garden, health centre, school and a library. It is one of the most beautiful tourist destinations in Kushinagar and is visited particularly by thousands of pilgrims from Thailand every year. Its massive structure can be seen from all parts of the city.