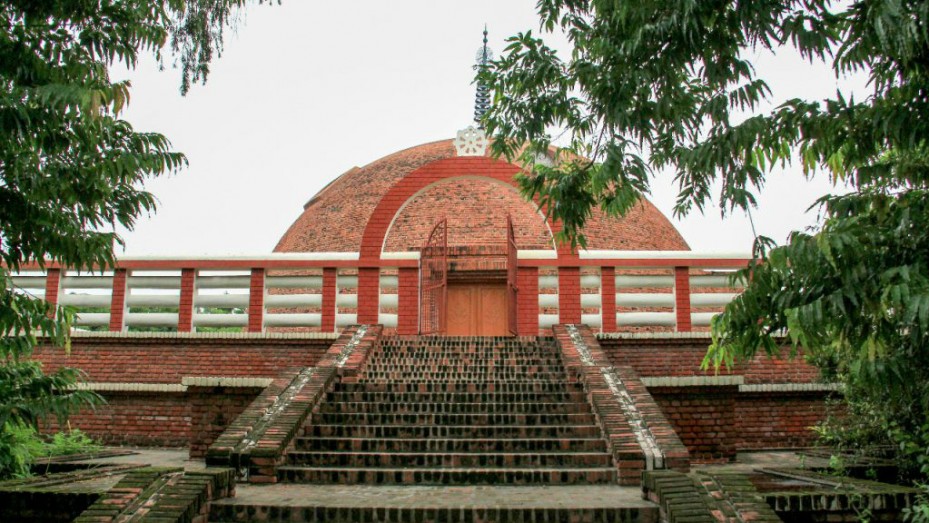 Although Indo-Japan-Srilanka Temple apparently indicates the cooperation of the Buddhist devotees from the three countries in the construction, the fact, however, is that the famous Ashta Dhatu or an eight metal alloy idol of the Buddha installed in it was brought from Japan and its construction was primarily funded by the Japanese monarchy.

The statue of Lord Budha was in two pieces when it was imported from Japan and was assembled into its present form at the temple. The shrine was designed and built by the Atago Isshin World Buddhist Cultural Association, and its cost, as mentioned above, was borne by the Japanese king.

The asht dhatu idol of the Buddha has been placed in a magnificent circular chamber in the temple. A soft light filtering from the stained glass windows falls upon the idol giving it a unique spiritual radiance and peaceful ambience. The statue of the Buddha is flanked by the portraits of his ten main bhikus crafted in Japanese style.