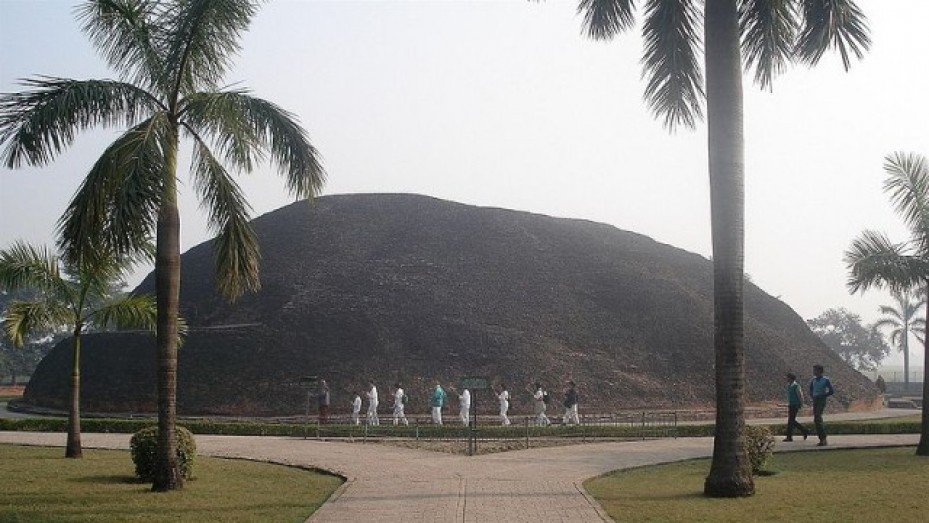 Also called Mukutbandhan-Chaitya or Mukta-Bandhan Vihar in ancient Buddhist scriptures, Ramabhar Stupa is located approximately 1.5 km in the southeast of the Nirvana Temple. The site where the stupa stands is a highly venerated destination for the Buddhist pilgrims from all over the world. It is believed that Buddha was cremated exactly at this spot after his death in 483 BC.

According to Buddhist texts the stupa was constructed by the Malla Kings who ruled over Kushinagar during the lifetime of the Buddha. The design of its structure testifies to its ancient historic character. The stupa is built on a mound standing opposite the Kushinagar-Deoria road.

It is built with bricks. With its circular base of 47.24 m, the stupa rises to a height of 14.9 m. Its drum like top has a diameter of 34.14 m. It is situated on the agricultural land having rice, sugarcane and wheat fields. There is also a pond-like water body close to it.