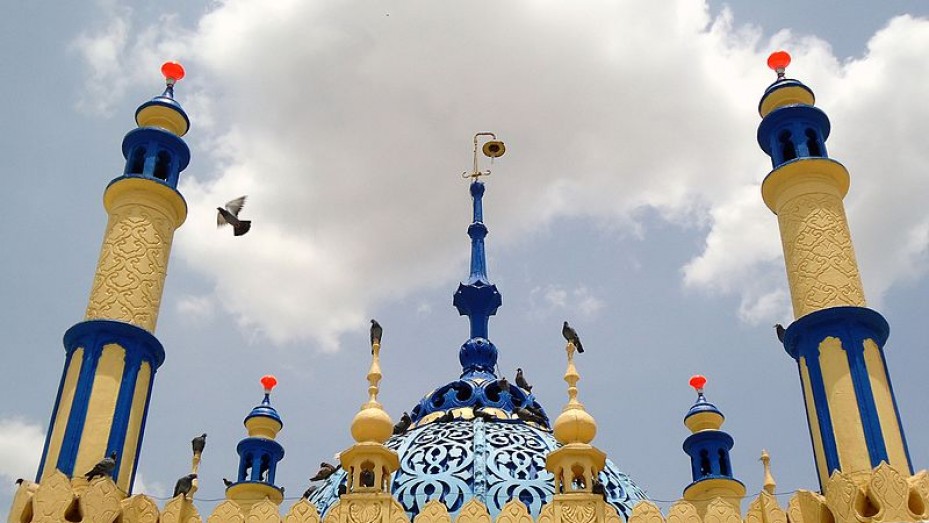 Ameen Peer Dargah is a Sufi shrine in the city of Kadapa. The shrine is visited by people of all religions because of its popularity. The shrine, which is a symbol of communal harmony, is open on all days to tourists and locals alike.

However, the shrine is bustling with activity on Thursdays and Fridays when people of all religions gather at the dargah to seek blessings of two popular sufi saints Peerullah Hussaini and Arufullah Haussaini II.

The devotees of the two saints wear only saffron-coloured caps. Many people believe that Peerullah Hussaini was a descendent of Prophet Mohammed. He would visit the dargahs of all Sufi saints of India, and it was in Kadapa that he was asked to settle.