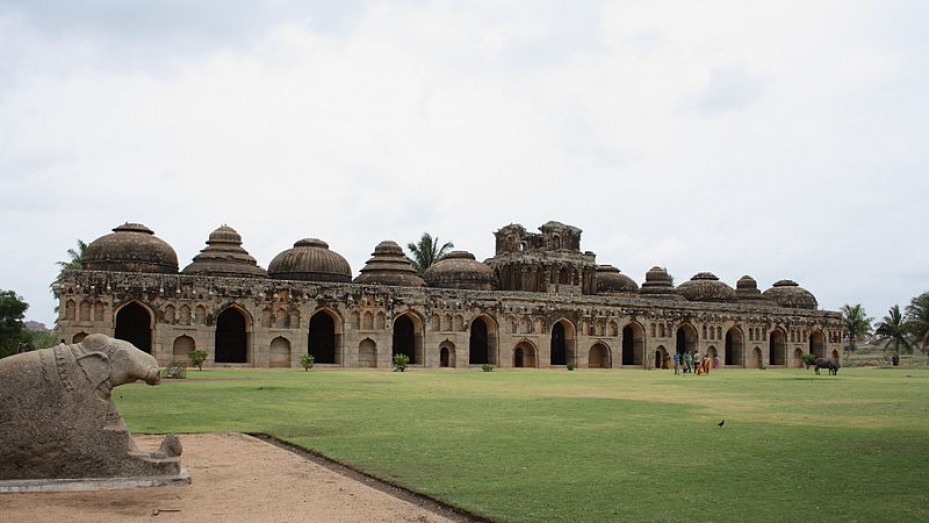 While on a trip to Hampi, tourists should take out time to visit the Zenana Enclosure that is encircled by high walls built from cut stones. It was a site where only women could enter and had been built to protect their privacy rather than safety. Four prominent structures are present inside this enclosure, namely the Queen's Palace, two buildings (that acted as watch towers) and the popular Lotus Palace. During ancient times, this site served as a summer palace for the queens because of numerous openings. The Queen's Palace measures 46 x 29 metres and has been constructed using wood and other non-durable material.

According to historians, as the Zenana Enclosure was reserved for women only, this site was guarded by eunuch soldiers. The two buildings that had been placed in the south-east and north of the Zenana Enclosure served as watchtowers. These were used by the queen and her royal friends to observe the activities happening outside. The beautiful Lotus Palace, which reflects Indo-Islamic architectural style, is a two-storeyed arched pavilion that acted as a meeting place for royal women. Tourists visiting the Zenana Enclosure can go to the Elephant Stables that are situated behind the site, where royal elephants rested.