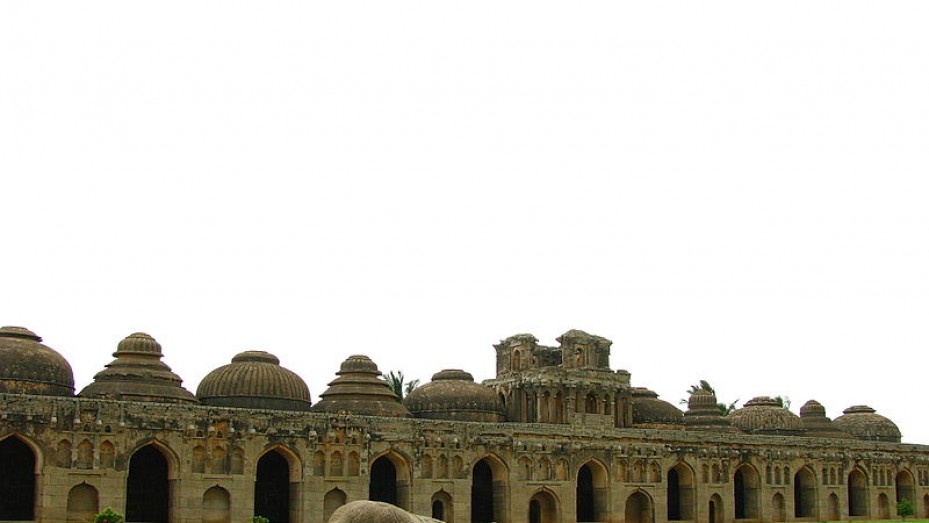 If time permits, tourists can visit the Elephant Stables (also known as Elephant Quarter) that is situated outside the Zenana Enclosure. This ancient monument acted as the resting place for elephants owned by the rulers of this region. Out of all the civil structures in Hampi, Elephant Stables is the best example of Indo-Islamic architectural style.

This structure has eleven rooms of magnanimous proportions and high ceilings; ten out of these eleven rooms are covered with vast domes that are made of brick and mortar. These domes had been constructed in different shapes, such as drum-shaped, octagonal and ribbed. The central dome is the biggest as it was constructed for musicians and band troupes who used to perform during special events involving elephants.

Tourists visiting the Elephant Stables would get the ideal chance to see the iron hook in the interior roof, which was used in ancient time to tie elephants. The mahouts used to enter the compartment via manholes that were situated at the end of each hall.