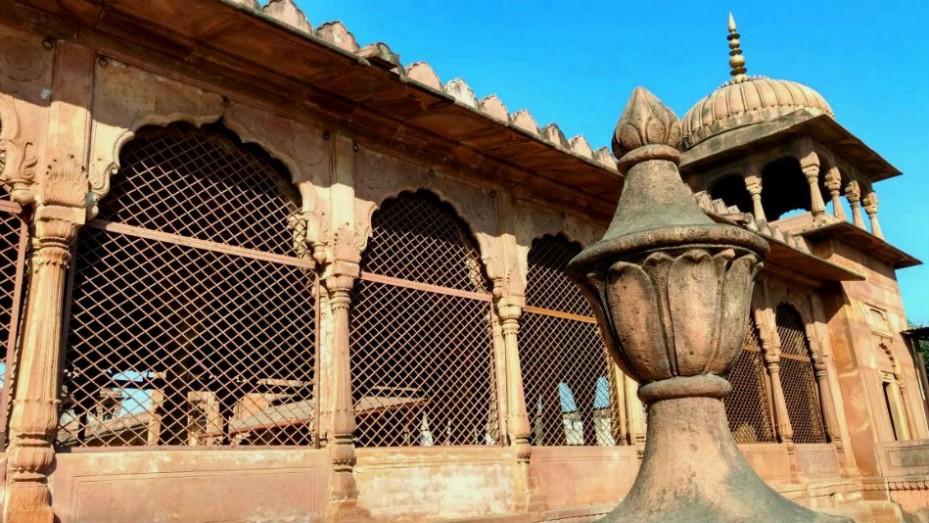 Moti Masjid is an important architectural landmark not only in the history of Bhopal, but is also significant in the history of Muslim women of India. It was the woman Muslim ruler Sikander Begum who ordered the construction of the mosque in 1860. She was a well-educated woman considering the times and was quite modern in her outlook.

In terms of construction and architecture the Moti Masjid borrows heavily from the Jama Masjid situated in Delhi though the latter is three times the size of the former. Despite its small size, Moti Masjid is visited by many tourists each year because of the intriguing and spectacular architectural designs.

The combination of dark red towers and the golden spear-like structures is indeed a breathtaking sight. The mosque is mainly white in colour since it has been constructed using shiny white marble. This renders the whole place a heavenly look. Because of this reason the masjid is also referred to as the Pearl Mosque.