Ambaji - The Casa Of The Goddess 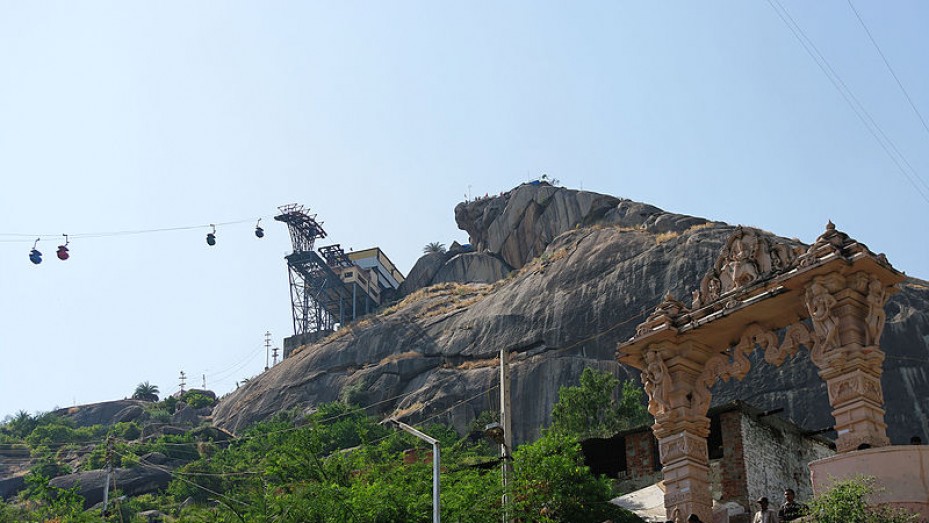 Ambaji is one of the oldest and most revered pilgrimage centres of ancient India. It is one of the fifty two Shakti Pethas which are consecrated to Sati, the goddess Shakti. The seat of Ambaji Mata is at the hilltop of Gabbar hills, situated in Danta Taluka of Banaskantha district on the border of Gujarat and Rajasthan.

Ambaji attracts thousands of pilgrims from throughout the world specially during Bhadarvi Poornima and also Diwali. This place is surrounded by dense forests of the Aravalli Ranges. It provides the perfect blend of natural beauty and spiritualism to the tourists.

Tourist Places In And Around Ambaji

There are places on Gabbar Hill like the Kailash Hill sunset point where one can visit not only to enjoy the scenic beauty, but also a ropeway ride. Gabbar Hill has some more religious places which pilgrims often visit.

There is a tank named Man Sarovar behind the main temple. Two temples, one of Mahadev and another of Ajay Devi, the sister of Mata Ambaji are there on both sides of this holy tank,. The ancient temple of Shri Koteshwar Mahadev is located at a distance of 8 kms from Ambaji temple and near the origin of the Vedic virgin river Saraswati.

It's connected with the river Saraswati and a Holy Kund at the Gaumukh. Ambaji is a renowned pilgrimage centre of India revered by innumerous devotees and flocked by pilgrims belonging to various religions and backgrounds.

The Gabbar Hill is near the origin of the noted Vedic river Saraswati, on the hills of Arasur, that is located on the south-west side of the ancient hills of Aravalli and has a height of 1,600 ft from the sea level. The steep hill of Gabbar is very difficult to climb.

The pilgrims have to climb 300 stone steps from the foot-hills which lead to a narrow dangerous track. This track needs to be climbed in order to reach the main temple.

Ambaji temple is considered to be one of the major Shakti Peeths of India. According to legend, the heart of Devi Sati's body fell at the top of the hill of Gabbar. The holy temple of "Arasuri Ambaji", as it is known for being situated in the hills of Arasur, consists of no idol of the holy goddess. The "Shree Visa Yantra" is worshiped as the main idol. The Yantra cannot be seen with bare eyes. To worship this Visa Shree Yantra, one has to tie a bandage over the eyes.

Every year on Bhadarvi Poornima, a big mela is held, and people from all over the country come here to worship Maa Ambe in the month of July. Also during Diwali, the whole Ambaji Temple is decorated with lights. There is a mention of Ambaji in the Mahabharata too. The story mentions that the goddess Ambaji was worshiped by the Pandavas during their exile.

Ambaji is situated at a distance of 73 km from Kadiyadra near the Gujarat and Rajasthan border, 45 km from Mount Abu and 72 km from Palanpur.

How To Reach Ambaji

Ambaji is not easily accessible by air as the nearest airport is about 180 km from here. However, rail and road transport make it easier to commute.

The climate of Ambaji is pleasant throughout the year.

Ambaji is Famous for

How to Reach Ambaji