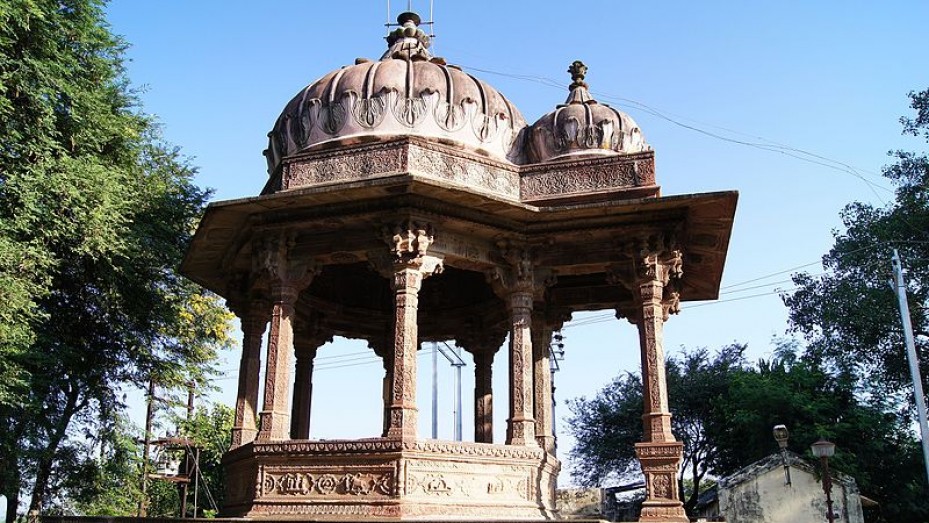 Durgadas Ki Chhatri is a distinctive monument that is situated in the temple town of Ujjain. The monument has been built in the form of Chhatri in the memory of Vir Durgadas, who is a legendary figure in the history of Rajputana. Vir Durgadas fought against the Moghuls after the death of Maharaja Jashwant Singh and helped Ajit Singh to ascend the throne of Jodhpur against the wishes of Aurangzeb.

This brave man died in the year 1718, and his wish was to perform his funeral rites on the bank of the river Shipra. The monument resembles the Rajput style of architecture and is one of the famous spots for tourists.

The Chhatri was built after the death of Vir Durgadas by the rulers of Jodhpur in order to consecrate his memories. There are many who believe that the monument glows like a small jewel as the surrounding landscape is completely lush in nature.