Know-How Makar Sankranti Is Celebrated Across India In 2021 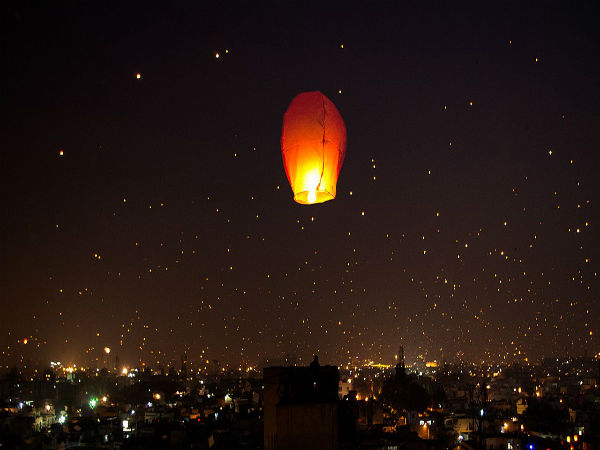 Makar Sankranti is an auspicious day in Hindu calendar. Across India, people observe this festival with great joy and enthusiasm. Hindu adherents visit temples, after a regular bath (during the daybreak), and pray to God; askings for invocations for the whole family.

Makar Sankranti is observed in different names in different states and regions of India. In Haryana and Punjab, it is popularly called 'Lohri', in South India, it is called 'Pongal', in Bihar, it is called 'Khichdi' and 'Bihu' in Assam. However, in Gujurat, during this auspicious day, the family kite-flying festival takes place where families and friends get along on the terrace of their respective houses to compete in gliding kites with neighbours and relatives.

To provide a better picture of how Sankranti is celebrated across India, we bring you a list of places in India that celebrate Makar Sankranti in distinctive forms with great importance.

Sankranti is observed largely in Odisha by both Anarya and Arya, i.e., by Adivasi (Tribal caste) and general. In the districts of Mayurbhanj, Sundargarh and Keonjhar where the tribal community make up for more than forty per cent of its population; the festivity is celebrated with great zeal and merriment. They dance and sing, and relish life for about a week. The Bhuya (tribes) families of Orissa have their Maghyatra in which miniature home-made items are put up for sale.

Lohri is observed to denote the last of the coolest days of winter. Besides Punjab, people from other Northern Indian states ( Haryana, Delhi, Himachal Pradesh, and Jammu ) become busy making preparations for the festival.

In Andhra Pradesh, Makar Sankranti is a four-day affair. The first day is Bhogi which involves the burning of old things in a bonfire and singing and dancing around it. On this auspicious day, people wear new fashionable clothes, decorate the house, paint rangolis and prepare Pongal; made of rice, milk, and jaggery. Cattles are honoured and worshipped for their offering towards the produce.

In the state of Uttar Pradesh, Hindu adherents dip in the holy Ganges on this auspicious day. A big carnival is organised in Allahabad called Magha Mela. Devotees firstly take bathe during the daybreak and then savour sweets such as Gud Laddo (known as Tillava in Bhojpuri) and Til Ladoo. In addition to that, Kite flying is one of the most partaken activity during the festival in Uttar Pradesh.

Gujarat, one of the significant states in India, and is an excellent place to be in during Uttarayan or Sankranti. Every city in Gujurat is a kaleidoscope of energy; from markets that sell multicoloured kites, the colourful Manjha (the thread tied to the kites), hovering lights to food stalls peddling delicacies.

Similar to other South Indian states, in Maharashtra too, people go to each other's homes to distribute sweets and traditional food such as Tilgul (made of sugar granules, sesame seeds and jaggery). Moreover, on this auspicious day, women dress up in black sarees and use sugar granules as ornaments.

In Himachal Pradesh, Sankranti or Magha Saaji is commemorated as a new beginning to the harvest season. People celebrate Magha Saaji with much pomp and grandeur.

The practice includes making of unusual and striking rangolis and serving of traditional delicacy, Sakkarai Pongal; rice in mud pots and jaggery. The house is cleaned and decorated, and mango leaves are dangled at the main door to revere the festivity. Moreover, there are unique poojas to appreciate the role of cattle during the reaping season.

Celebrated in honour of mother earth for providing food and crops, Bihu marks the beginning of the new harvest season. Traditional dance and campfires mark the holiday. Ceremonies also feature popular Assamese games such as buffalo fighting and Tekeli Bhonga.

Traditional Food: Til Pitha and Laru

Sankranti or Makara Sankramana is an important festival for farmers of Karnataka. Makara Sankramana involves honouring the gods for a good yield, wearing brand new clothes, and painting new rangolis. The highlight is the mixture of Ellu-Bella; it is a mish-mash of jaggery, fried groundnut, dry coconut, and white sesame, which is distributed among the next-door-neighbour. Along with this, women also share bananas, pieces of sugarcane, Haldi and Kum Kum. Traditional prayers are offered to cows, and then they are taken on a celebratory march.