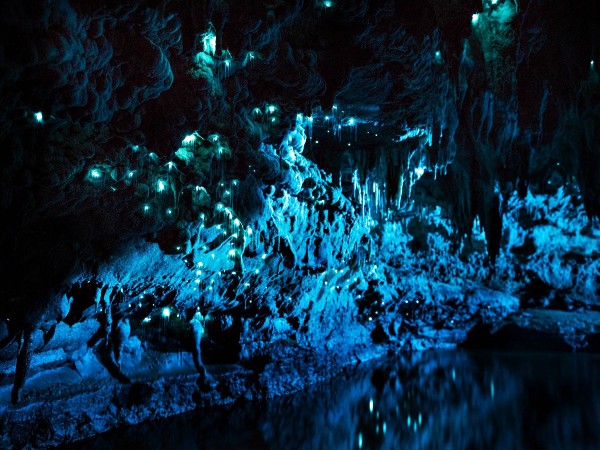 A spectacular network of underground caverns known as the Waitomo Glowworm Cave is located in Waitomo, New Zealand, and is well-known for housing a large population of glowworms. The glowworms, often known as fireflies, are a species that is exclusive to New Zealand and cannot be found elsewhere in the world. The ceiling of the cave appears to be illuminated by many stars thanks to the light given off by these small critters. Every year, thousands of tourists visit the Waitomo Glowworm Cave to see this breathtaking display.

The caverns are situated in the southern Waikato region of North Island. Te Kuiti, which is located 12 kilometers to the northwest of the caverns, is the nearest town to them. The cave is around a two-hour drive from Auckland and is located one hour south of Hamilton. It takes two hours to drive if you are in Rotorua.

The Ruakuri and Aranui Caves as well as the Waitomo Glowworm Cave are all a part of the Waitomo Caves System. According to legend, the name Waitomo is a combination of the Mori Māori words "wai," which signifies "water," and "tomo," which indicates "a hole in the ground." The elaborate stalactites, stalagmites, and incrustations in the underground caverns have names, such as Bride's Jewels, Organ, White Terrace, and Blanket Chamber.

The Waitomo region was entirely submerged in water 30 million years ago. It serves as a revealing reminder of a significant time in New Zealand's and the world's natural history today, both above and below ground.

Tane Tinorau, a local Mori chief who owned the property where the Waitomo Caves were found, first discovered in the late 1800s. While floating in on a raft made of flax flower stalks in 1887, Tinorau and surveyor Fred Mace explored the caves. Later, Tinorau discovered the same entrance that is still in use today to the caves.

In 1889, the caves were made accessible to visitors, and local Mori served as the tour guides. Since the cave and its lands were returned to Chief Tane Tinorau's family in 1989 after a period of government administration, a large portion of the workers working in the caverns today is their direct ancestors.

How to reach Waitomo Glowworm Cave:

By Bus: Take an InterCity bus to Waitomo Caves every day from Rotorua or Auckland. Purchase a Flexipass for access to national bus travel.