Visual Treat Of The Hills – Dharamshala To Nainital 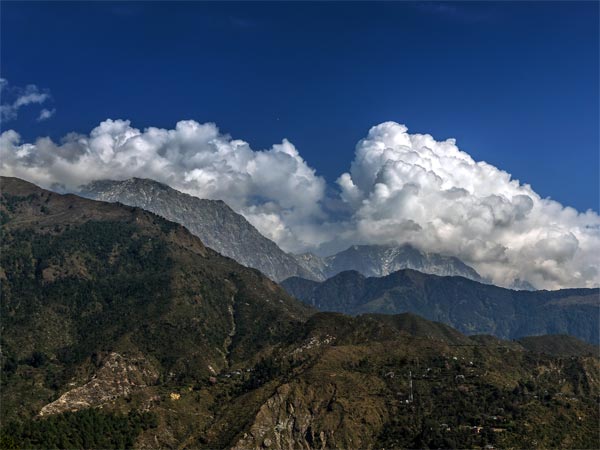 For many years now, Dharamshala continues to be the center for meditation and peace; and sees visitors from all over the world coming here to pursue Nirvana and attain peace. On the other hand, positioned around the volcanic lake Naini and encompassed by thick green forests, Nainital is a beautiful city that is surrounded by mountains on all its sides. This Kumaoni town is called the Lake District of India because it houses more than 60 lakes.

Located at an altitude of 2084 metres above the sea level, Nainital heavily depends on tourism for economy. It was built and developed by the British as their summer capital. Some of the buildings, churches, bungalows and schools still exhibit and retain the vintage British style of architecture.

When Is The Prime Time To Visit Nainital?

The best time to visit Nainital is from April to June. September-October is also a good time. Nainital experiences snow from January-March. This can be brutal for those who are unprepared and can be inhibiting to the sight-seeing plans.

Nainital sees episodes of rain every day. However, they are short spells and do not interfere much with the plans of tourists. It is best to carry an umbrella and a raincoat with you at all times.

How To Reach Nainital

By Air: Pantnagar is the closest airport to Nainital, but there are only chartered and private flights operating to this airport. The Jolly Grant Airport in Dehradun is the next nearest airport. However, it is at a whopping distance of 270 km.

By Train: There are no direct trains from Dharamshala. However, you can travel to Delhi and take a train to Kathgodam Railway Station, which is the nearest to Nainital. It is at a distance of 43 km. You can take a share cab or a private taxi to reach Nainital.

By Road: Nainital can be accessed from Dharamshala by the following route:

Dharamshala - Chandigarh - Kurukshetra - Meerut - Moradabad - Nainital, via NH 503. This covers a distance of 705 km. It takes 14 hours to reach Nainital from Dharamshala.

Dharamshala is a colourful town with a lot of Buddhist culture infusion. Start exploring Dharamshala starting with Norbulingka Institute of Tibetan Culture. The mission of the institute is to preserve Tibetan arts and culture not just in the interest of Tibetan people, but for everyone.

There's a palpable calm that enters your senses while you're here. The institute is made of many buildings in the Tibetan style of architecture. The prayer flags fly high and happy in every tree, hanging on to it like a branch.

Namgyal Monastery the is home of the Tibetan leader HH The Dalai Lama. This is known to be the largest Tibetan temple outside of Tibet. At present, there are about 200 Tibetan monks that live here learning Buddhist philosophy, making butter sculptures, ritual chanting, etc. St. John's Church is a beautiful church that lies in the thick wilderness between McleodGanj and Forsythganj.

This Anglican church has amazing architecture, boosted by lovely windows made of glass. This Church has survived various natural disasters that have come its way. For instance, the Kangra earthquake, which swallowed close to 19,800 people in 1905, could do nothing to this church. While at Dharamshala, do not forget to indulge in Tibetan specialties such as momos, thupka, and butter tea.

Chandigarh is about 5 hours and 250 km away from Dharamsala. Chandigarh is renowned as the first and the best planned city in India. Rock Garden, situated near Sukhna Lake, is spread over 40 acres and consists of inter-linked waterfalls. This garden is unique because it also has sculptures that are made of scrap and wastes.

Sukhna Lake, in which the rock gardens are situated, is a lovely man-made lake, which is great for a family picnic and boating. Zakir Hussain Rose Garden is spread over 30 acres of land and cultivates 830 assortments of roses, apart from other medicinal plants and trees. If you are a shopping lover, then Sector 17 in Chandigarh is a must visit. Though there are quite many malls in Chandigarh like Centra, DT, Fun Republic, North Country Mall; Sector 17 continues to be the favourite area for shopping among locals in Chandigarh.

The city of Chandigarh derives its name from the name of the Goddess Chandi, whose temple is situated on Chandigarh-Kalka road. Apart from sightseeing, Chandigarh is famous for chikankari embroidery. Pick up a few kurtas and sarees with chikan work. The food in Chandigarh and surrounding areas simply can blow one's mind. It's packed with exploding flavour and is quite delicious. Punj Ratan Dal, Sarson ka saag, Makke ki Roti, Shahi Paneer, butter chicken, Amritsari fish, etc., are some of the favourites of people who visit Chandigarh.

Kurukshetra is next on the route to Nainital. It is in Haryana and takes an hour and a half to reach from Chandigarh. The distance is 93 km. It is said that Kurukshetra is the place where the great Kurukshetra war in Mahabharata took place.

It was in this revered land that Sri Krishna taught the philosophies of Bhagavad Gita to King Arjuna. Brahma Sarovar is an ancient lake water tank. It is believed that the universe was created by Lord Brahma from Kurukshetra. As per the Hindu texts, this lake is known to be the origin of human civilization.

Krishna Museum has various artefacts of Lord Krishna showcased in the form of statues - as described in the Bhagavad Gita and Mahabharata. Bhadrakali temple, dedicated to Goddess Kali is where the Pandavas are believed to have prayed before the final battle at Kurukshetra against the Kauravas.

Sthaneshwar Mahadev Temple in Kurukshetra is dedicated to Lord Shiva. It is believed that the Pandavas offered their prayers to Lord Shiva here before the final war as well. The water in the temple tank is said to possess healing properties. It is said to have cured Banasura's leprosy that plagued him for the longest time.

Meerut in Uttar Pradesh is 2 h 45 min away from Kurukshetra. It is at a distance of 145 km. It is an ancient city with settlements found from the Indus Valley civilization. The Shiva Linga at Augharnath Mandir is believed to have sprung into existence on its own. This temple has played an important role in the Indian freedom struggle.

The Indian soldiers, called as Kali Paltan by the British, are said to have used this temple to carry out meetings during the war. Shahid Smarak, located close to the temple, is a dedication to Indian soldiers who passed during the First War of Indian Independence. Hastinapur Wildlife sanctuary in Meerut is built on an extended area of 2073 sq km. Some of the animals found here are hyena, leopard, antelope, alligators and many species of birds.

Moradabad is 120 km and 2 h 36 min away from Meerut. Vidur Kuti is an important attraction in Moradabad, which is where Vidura (uncle of the Kauravas and Pandavas) is said to have spent his life, after a tiff with Duryodana for supporting the Pandavas during the Kurukshetra war.

Raza Library is a treasure trove for literature pertaining to Indo-Islamic culture. It was erected by Nawab Faizullah Khan in 1794. Sai Temple in Moradabad houses the main deity Sai Baba. He preached Oneness of God with the words 'Sabka Malik Ek'. This temple welcomes adherents of all religions.

Nainital is 115 km from Moradabad. You will reach Nainital in 3 hours without any hiccups. Here are the places that you can visit In Nainital:

Shaped like a pear, this volcanic lake is the lifeline of Nainital. There are boating facilities available near the lake, where the boats can be rented for an hour or 30 minutes.

Trekking up this peak is a fantastic way to get your workout in during the vacations. And it is rewarded well with amazing panoramic views of Nainital and Lake Naini.

Perched atop the Aryapatta Hill at an elevation of 2292 meters above sea level, Tiffin Top offers magnificent views of the Himalayas and Nainital. This place is also known as Dorothy's Seat, named after a famous English painter Dorothy Keller who sat at this exact spot to paint.

This is a high-altitude zoo located at an elevation of 2100 metres above the sea level. This zoo accommodates many endangered species such as Snow leopard, Himalayan bear, Tibetan wolf, etc.

A favourite among trekkers, Land's End is a location that is known to offer picturesque and amazing views of the surrounding hills and pine forests. It is at an elevation of 2118 metres above the sea level.

These cave gardens are a network of caves that are a treat for kids. It has 7 caves that can be reached through a small winding road with stunning glimpses during the commute. The musical fountain might be operational, depending on the season.

Located at an elevation of 2270 metres above sea level, snow view can be reached via a cable car ride. It offers splendid views of the snow-capped Nanda Devi, Nanda Kot and Trishul.

Also known as St. John in the Wilderness, this church was built in 1844. It is named after the Bishop of Calcutta who pledged to sleep in a half-constructed house in the wilderness when he was sick. It was built to memorialize the lives of the victims of the landslide in 1880. The church is located amidst thick Deodar forests and is an embodiment of tranquility.