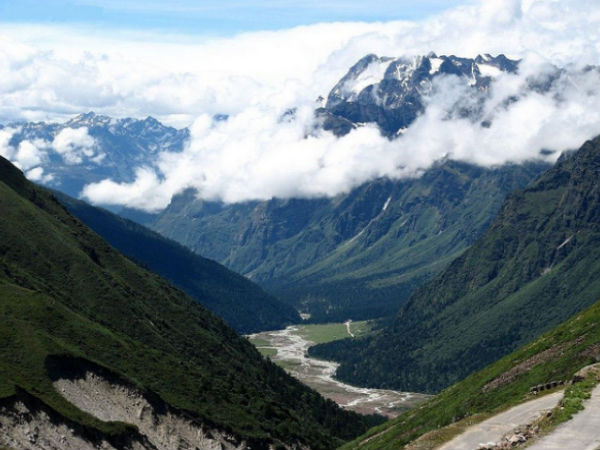 In India map, Sikkim looks like a small elevation jam-packed between Nepal and Bhutan. Yet it plays a significant role in North India tourism. Diverse ecosystem with a backdrop of Kanchenjunga Peak completes the picture. Hilly landscapes, patches of grasslands, valleys, Himalayan peaks invite us to scout around. Especially, the hill stations are worthwhile to visit here. In this article, we are listing out some of the top hill stations in Sikkim that blow us away by their beauty.

Entrenched beauty of Pelling has made it one of the top destinations in Sikkim. Major attraction being the views of Kanchenjunga peak; it seems as if the peak is right next to Pelling! It is also serves as a base camp for many trekkers.

How to Reach Pelling

The state capital of Gangtok is around 117km from Pelling. This hill town is well-connected through road to the other parts of the state. Several buses from places like Siliguri, Jorethang and Gangtok are available to go to Pelling.

Yumthang is an untouched pasture land surrounded by mountains. Locals use it as a grazing pasture for their cattle. One prominent attraction of Yumthang is the variety of Rhododendron flowers that bloom around the valley. Hence, it is also called as the 'Valley of Flowers'. Yumthang is devoid of human settlement and can only go there as a picnic spot. Accommodations and other facilities are only found in Lachung which is about 26km.

The bounty of nature itself is a great attraction. However, Shingba Rhododendron Sanctuary is the prominent tourist spot in Yumthang.

How to Reach Yumthang

Yumthang is reached via Lachung; Travellers have to hire private vehicles from the main cities like Gangtok to reach Yumthang.

The capital town of Gangtok itself is a most prominent tourist place in Sikkim. This hill town is the largest and major commercial center in the state. Being located at the foothills of the Himalayas, Gangtok has pleasant climate which supports tourism year-round. There is a lot to explore and enjoy in this enchanting capital.

Gangtok is a well-developed town with roads connecting to other parts of the state. To travel within Gangtok, taxis are the major mode of transport. It is also connected to the neighboring states through railways.

Click to know more on - How to Reach Gangtok

Aritar is a virgin hill station at the tip of the Himalayas. The serene nature of Aritar is photogenic and a treat for nature lovers. Aritar is an offbeat yet a charming destination in Sikkim. In fact, the vistas of rural Sikkim can be experienced here. Aritar is surely one of the best hill stations in Sikkim.

How to Reach Aritar

Aritar is accessible via Rangpo or Pakyong. Aritar is around 68km from Gangtok and can reached by private cab or taxis. Jalpaiguri is the nearest railway station to reach Aritar.

Be a vagabond and traverse through the untouched lands of Sikkim!

Comments
Read more about: hill stations gangtok pelling sikkim
Other articles published on Sep 16, 2016
We use cookies to ensure that we give you the best experience on our website. This includes cookies from third party social media websites and ad networks. Such third party cookies may track your use on Nativeplanet sites for better rendering. Our partners use cookies to ensure we show you advertising that is relevant to you. If you continue without changing your settings, we'll assume that you are happy to receive all cookies on Nativeplanet website. However, you can change your cookie settings at any time. Learn more
Change Settings Continue