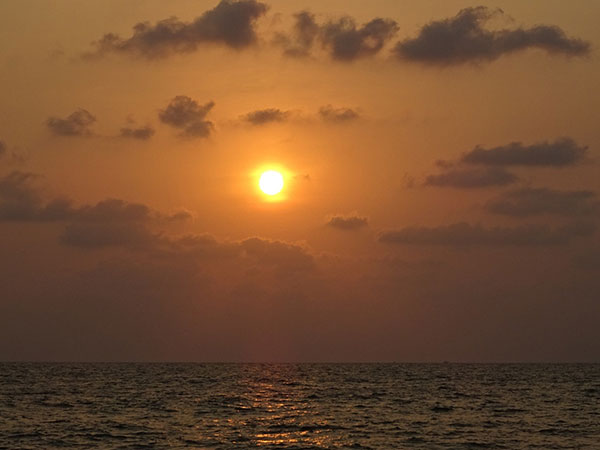 India is a country of age-old history and millennium-old legends. Each and every corner of the Indian streets tells you a story of its past and the yesteryears filled with prosperity, destruction and survival. Since the time of Vedas, the glory of India has never faded. The development of the country is always seen through the lenses of sophistication in the form of flourishing cities and villages turning to cities.

Today, there are thousands of major cities in India which are contributing to the growth of India. Amidst all these cities, there are many places and regional areas which are named after gods and goddesses, so as to get the blessings of these lords, thereby, helping in the development of respective places. Below are some of the significant places in India which are definitely straight under the care of God; after all, the cities are named after them.

Mumbai, the city that never sleeps, is known as the financial capital of India. It is popular amongst tourists for its film industry, beaches and the sophisticated lifestyle. Sometimes it is also termed as the City of Dreams on account of its urbanity, rich lives and better opportunities.

However, very few people know that Mumbai is named after Mumba Devi, the mother goddess. If you desire to know more about the tales of Mumba Devi, you can visit Mumba Devi Temple situated in Mumbai. You can also visit the beaches, Film City and other ancient buildings like Gateway of India, in Mumbai.

One of the most beautiful and visited place in India is the marvellous hill station nestled in the arms of the Himalayas. Also known as Queen of Hills, Shimla is popular amongst travellers for its pristine beauty spread across serene nature and an unblemished environment.

Shimla is named after Shyamala Devi, the reincarnation of Goddess Kali. Eager to know about its history related to Goddess Shyamala? Well, you can visit Shyamala and Kali temples situated atop the hills and plains of Shimla. If you love gazing at the charm of nature, then you can also savour the exotic beauty and surreal locations of Shimla.

One of the union territories of India and serving as capital to two neighbouring states, Haryana and Punjab, Chandigarh has developed a lot since the last few decades. From maintaining cleanliness to planting trees, this wonderful city has excelled in everything to become the most beautiful city.

Known for its rock gardens, Chandigarh has derived its name from Goddess Chandi, the ferocious form of Parvati. Goddess Chandi is known for her anger and her attitude to not tolerate evil deeds. Assuredly, immaculacy spread all across shows the blessings of Maa Chandi, protecting her own city from evil acts.

Named after Mangaladevi, the form of the goddess of power, Shakti, Mangaluru is the major port city in the Indian state of Karnataka. Mangaluru is home to Mangaladevi Temple and is well known amongst tourists for its scenic beauty and spectacular landscapes. People from all over the country can be seen here exploring the history of the town and the beauty of nature.

Once you are inside the boundaries of Mangaluru, do not forget to pay a visit to the famous Mangaladevi Temple which is considered by many as the origin of this port city.

One of the oldest cities in India and the financial capital of Andhra Pradesh, Visakhapatnam is named after Lord Visakeswara, the family deity of Andhra dynasty king. The king built Visakeswara Temple near the coastline of this city on account of its calm and peaceful atmosphere and divine aura. Since then, the city is called Visakhapatnam.

If you are looking to explore more about Visakhapatnam, affectionately called Vizag, then you can visit its beaches, ancient temples and stupas.

Thiruvananthapuram is the capital city of God's Own Country, Kerala, which is famous for its peaceful backwaters, thrilling boat rides and convincing palm trees.

Indore derived its named from Indreshwar Temple, dedicated to Lord Indra, the king of heaven and the god of lightning, thunder and rain. Being considered as the commercial capital of Madhya Pradesh, Indore is known for its urbanity and several historical monuments.

The major tourist attractions in Indore are Tincha Falls, Central Museum, Lal Baag Palace, Rajwada Palace, etc. How about paying a visit to this wonderful city of Lord Indra and getting yourself blessed?