Srinagar In Uttarakhand: An Unparalleled Splendour 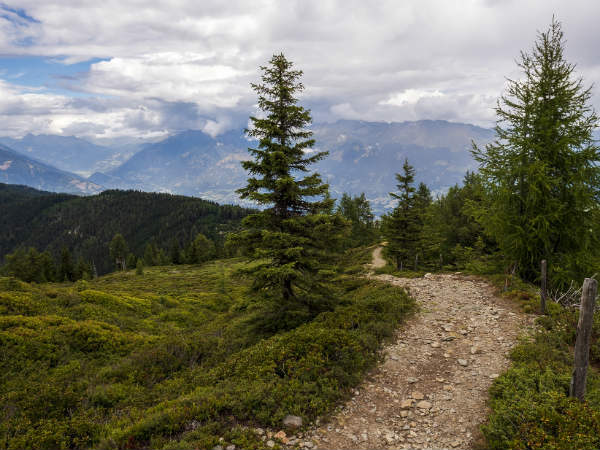 Uttarakhand is a beauty which certainly defines heaven. Blessed with the great Himalayan Range and richly diverse vegetation, this incomprehensible state is every traveller's destination today. Even though it is most famous amongst tourists as the land of pilgrimage sites, it is still visited by millions of nature lovers and history enthusiasts every year. There are hundreds of places in Uttarakhand which remain crowded throughout the year. One such place is the beautiful district of Pauri Garhwal. Despite being a popular region in the state, it has still not been covered entirely by travellers.

Hence, there are several places within its boundaries which can make for perfect holiday destinations for travellers looking forward to finding themselves amid uncrowded and unexplored expanses. If you are amongst such travellers, then you must visit Srinagar in Uttarakhand. Yes, there is another Srinagar in India and it is flourishing in the beautiful valleys and hills of Uttarakhand. Move ahead and learn in detail about its significance and how to reach it.

The History And Location Of Srinagar

Located at an elevation of more than 1800 feet in the Pauri Garhwal district of Uttarakhand, Srinagar is a picturesque town which has recently gained popularity amongst unconventional travellers on account of its unexplored and stainless beauty.

It is settled on the banks of Alaknanda river and is the largest town in the Garhwal Hills. As per records, the history of Srinagar dates back to the early 16th century when it was declared the capital of the Garhwal Kingdom.

Since then, it has been a significant political centre in the region. Today, Srinagar is more of a tourist destination and is visited by millions of pilgrims and nature lovers due to the presence of temples and scenic beauties within its boundaries.

The Religious Significance Of Srinagar

Srinagar is believed to have been a highly revered site for centuries. As per local legends, it is said to be the place where several saints meditated and attained salvation in their lives. Today, Srinagar is home to numerous temples and religious sites and is visited by uncountable pilgrims every year.

Located in the midst of the Garhwal Hills, Srinagar is surrounded by numerous tourist centres. Some of them are popular for their temples and religious sites and numerous for their scenic landscapes and breathtaking mountains views. Pauri, Khirsu, Rudraprayag, Devprayag, Lansdowne and Pokhra are the major destinations which can be covered from Srinagar.

What Makes Srinagar A Piece Of Paradise

Srinagar is one of the few places in Uttarakhand which are unexplored and unknown amongst common tourists. Hence, apart from savouring the mesmerising views of the Himalayas and getting lost in its charming valleys, you can also relish the beauty of an uncrowded atmosphere and feel the essence of tranquillity.

The presence of religious sites within its boundaries adds to its existing grandeur, thereby, letting every visitors enjoy divinity in the Himalayas. You can also go trekking and camping here. So, isn't it a perfect mix of nature and spirituality? Well, that makes Srinagar a piece of paradise.

How To Reach Srinagar

By Air: If you are looking forward to travelling by air, then the best way is to take a direct flight to Dehradun airport and then from there, a bus or a cab to Srinagar. The distance between Dehradun and Srinagar is 150 km, and hence it will take an approximate time of 5 h to reach your destination.

By Rail: The major railhead nearby Srinagar is located in Kotdwar at a distance of about 100 km. Once you have reached the station, you can either hire a cab or catch a direct bus to Srinagar. The maximum time a bus takes to reach Srinagar from Kotdwar is 4 h.

By Road: Being the largest town in the Garhwal Hills, Srinagar is well connected to all other cities and towns by road.