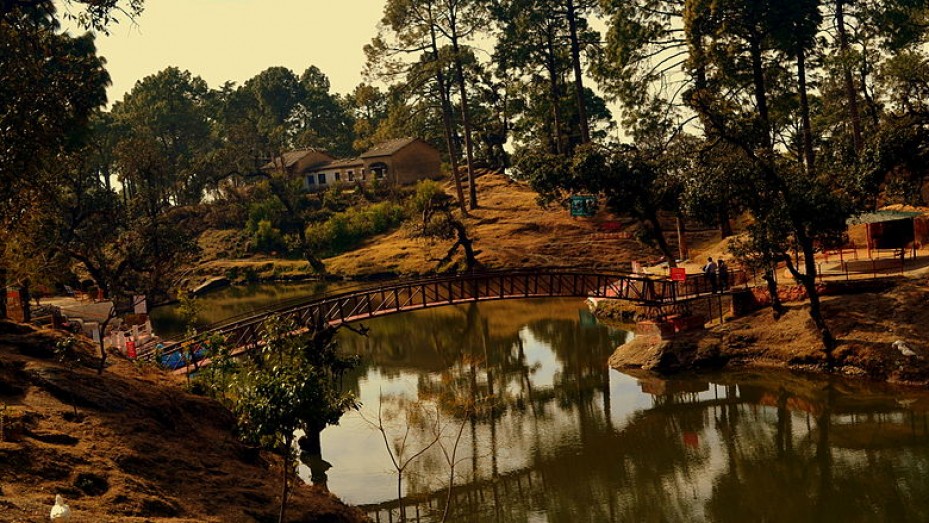 Lansdowne is a cantonment town located in the Pauri district of Uttarakhand. It is a beautiful hill station nestled at an elevation of 1706 m above sea level. In the local language, this place is known as ‘Kaludanda’ meaning ‘the black hill’. This hill station was founded by Lord Lansdowne in 1887, the then Viceroy of India.

The place was developed as a training centre by the British for the recruits of the Garhwal Rifles. This place also served as a hub of freedom fighters during the colonial period. At present, the command office of the Garhwal Rifles of the Indian Army is situated here. Lansdowne offers mesmerising views to visitors, as it is surrounded by beautiful green oak and pine forests. Additionally, this hill station is also a perfect spot for ecotourism.

Tourist Places In And Around Lansdowne

There are numerous tourist attractions located in and around the town. One of them is Kanvashram, a famous ashram, which serves as the gateway to the temple city, Puri. This ashram is surrounded by beautiful green forests and the River Malini flows close to it.

According to a Hindu mythology, the popular sage Vishwamitra meditated in this place. Another noted religious site here is the Tarkeshwar Mahadev Temple, which is devoted to the Hindu Lord Shiva. The temple is located on a hilltop at an elevation of 2092 m above sea level. Every year, devotees in large numbers visit this shrine to offer their prayers to the deity.

The place is also famous for The Garhwal Rifles Regimental War Memorial and the Garhwali Mess, which are counted among the major tourist attractions. The War Memorial was established on 11th November, 1923, by Lord Rawlinson of Trent, the then Commander in Chief of India. Garhwali Mess is one of the oldest buildings constructed by the British in 1888. The mess is now counted among the prominent museums of Asia.

Bhulla Tal, another well-known attraction of Lansdowne, is a beautiful artificial lake dedicated to the young warriors of the Garhwal Rifles. The name of this lake is derived from the Garhwali word, ‘bhulla’ meaning ‘younger brother’. Travellers can enjoy activities such as boating and paddling in this lake. Bhulla Tal also features a children park, a bamboo machan, and beautiful fountains.

St. Mary’s Church, built in 1895 by Col. A.H.B Hume of the Royal Engineers, is a worth-visiting place as well. The Garhwal Rifles Regimental Centre restored the church after it was abandoned in 1947, and used it for exhibiting pictures of India from the pre-independence era. The Regimental Museum, the Durga Devi Temple, St. John’s Church, Hawaghar, and Tip-in-Top are some other well-known tourist attractions of the destination.

The adventure enthusiasts can enjoy trekking and jungle safaris in the region. Lover's Lane, regarded as the best trekking route in the entire region, offers incredible trekking opportunities. The lush green forests abound in indigenous flora and fauna of the region. Tourists can also go for a nature walk in the beautiful forests here. There are many tour operators who organise jungle safaris and trekking at a reasonable cost.

How To Reach Lansdowne

Lansdowne is well connected to major Indian cities by air, rail, and road. The Jolly Grant Airport of Dehradun and the Kotdwara Railway Station are the nearest air base and railhead, respectively, to the destination.

The best time to explore this beautiful destination is from March to November, as the climate remains favourable during this period.

Lansdowne is Famous for

How to Reach Lansdowne