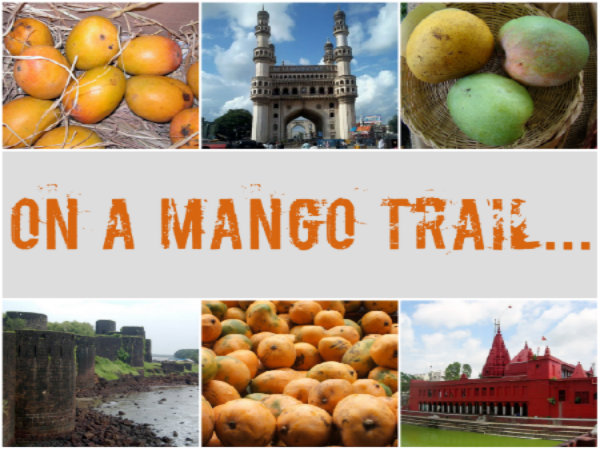 The scorching summer is here and the heat is sure to drive anyone crazy. Everyone prefers to sit indoors in the cool and comfortable surroundings and eagerly look forward to the season to end. You may say that the summer season is the worst time in the year but you cannot avoid the fact that it is during this season that the King of Fruits, Mangoes, are widely available.

The best way to beat the heat is by drowning yourself in the sweet taste of this magical fruits. U can either hav it just the way it is or make juices, curries and pickles. But no matter what you just cant ignore it. There are many varieties of Mango and here is a guide to a few varieties with the places where they originate.

Devgad is a coastal village in Sindhudurg district of Maharashtra and is located on the Arabian Sea in the coastal Konkan region. It is noted for its harbor, its beach, and a lighthouse built in 1915 at the Deogad fort. Fishing is carried out on a large scale in the sea as well as in the creeks throughout the Deogad. The staple diet of this region is rice and fish. Devgad is also widely known for its pure Alphonso mango cultivation.

View of the fort.

Very few towns in Gujarat have the diversity that Junagadh has to offer travellers. Located at the foothills of the Girnar range, the city is said to have been founded by Chandra Gupta Maurya in 320 B.C. Though much of the attractions have been ruined with the passage of time these have been well-maintained by the government and is open for public as well as tourists to see. It is here where the Queen of Mangoes, Kesar, is cultivated.

The inscriptions on the rock.

Varanasi also known as Banaras is situated on the banks of river Ganga in Uttar Pradesh and is one of the oldest cities in the world. It is often referred to as the 'Religious Capital of India' and has been the cultural and religious centre of India for several years. It is one of the most important pilgrimage destinations in India and is usually thronged by devotees throughout the year. Tourists coming here get to glimpse into the various religious beliefs of the people and also enjoy the beauty of the town. The mouth watering Langra variety of Mango belongs to this town.

The view of the Durga Temple

The picturesque city of Hyderabad stands on the banks of River Musi and emotes till date the grandeur of the Nizam's who once ruled over this region. It is believed that the city was born in the year 1591 when Muhammad Quli Qutb Shah of the famous Qutb Shahi dynasty made this place his capital. It was previously known as Bhaganagar but later on got the name Hyderabad.

The city has to its credit many monuments and structures of the bygone era that still stand here and provides grandeur to the place. Thus, it came to be known as the 'City Of Pearls'. Even today you will be left dazed by the beauty and grandeur of the monuments present here. Neelam, a variety of mango, is cultivated in this royal city.

View of the Charminar.

Kurukshetra when translated literally means the field of righteousness. It is a land filled with history and mythology. It was here that the historic battle of Mahabharata took place between the Pandavas and the Kauravas, and also the place where Lord Krishna sermonised the Bhagwad Gita to Arjun. It is a sacred place for the Hindus and is visited by many pilgrims and tourists round the year.

The region enjoys a rich and colourful history and with the passage of time the sacredness of this place has only grown. The region is said to have been visited by Lord Buddha and various other Sikh gurus, thus increasing its religious importance. The town has a large number of devotional centres that includes holy shrines, temples, Gurudwaras and kunds, some of which trace their roots to the Mahabharata period. This region is also known to be the place where Chaunsa, a mango variety, is harvested.

The lake created by Lord Brahma.

Comments
Read more about: summer junagadh varanasi hyderabad
Other articles published on Apr 23, 2015
We use cookies to ensure that we give you the best experience on our website. This includes cookies from third party social media websites and ad networks. Such third party cookies may track your use on Nativeplanet sites for better rendering. Our partners use cookies to ensure we show you advertising that is relevant to you. If you continue without changing your settings, we'll assume that you are happy to receive all cookies on Nativeplanet website. However, you can change your cookie settings at any time. Learn more
Change Settings Continue