Precautions For Pilgrims Of Sabarimala As Effects Of Cyclone Ochki Progresses 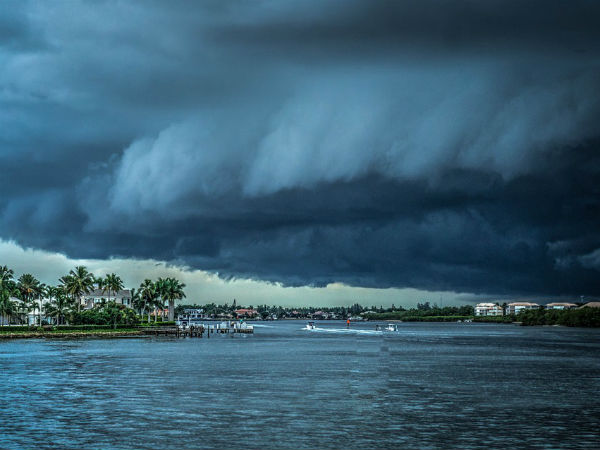 As the Cyclone Ochki advances, pilgrims heading to Sabarimala have been alerted not to bathe or take a dip in the river Pamba as a precaution due to the sudden swelling of the river. Pilgrims have also been warned against trekking to the shrine through the forest route since it has been experiencing heavy winds since last afternoon that has led to pulling down of trees.

The routes through Azhutha and Karimala have turned muddy and slippery due to which pilgrims are at risk. Devotees are asked not to park their cars and vehicles under trees and to stay away from any waterbodies and electrical installations.

All in all, no pilgrims are allowed to travel between 6 pm to 7 pm to the shrine; pilgrims near Sannidhanam and Pamba must stay put in case the authorities say so; they must restrain from resting near trees or waterbodies; avoid taking baths in the river; forest routes cannot be used until the alert is lifted.

The Cyclone Ochki originated from the depression above Bay of Bengal, which initiated a storm in many places in Kerala and Tamil Nadu. Stormy weather has been forecast in many towns in the central region and southern coast of Kerala.

According to meteorologists, the cyclone is heading towards Lakshadweep so landfalls are unlikely in Tamil Nadu and Kerala. However, Kanyakumari, Thoothukudi, Thiruvananthapuram and low-lying, coastal regions have experienced uprooting of trees, electric poles and damage of several houses.