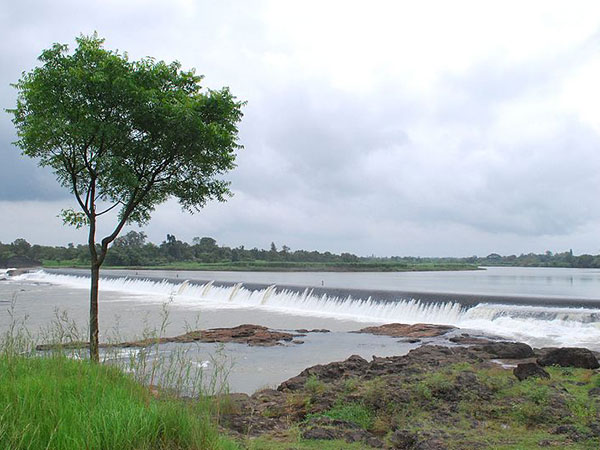 The coastal district of Valsad, otherwise known as Bulsar by the locals, is a lesser-known town in India, that makes for a delightful holiday destination for a family trip. This coastal town is named after hampered banyan trees (vad-saal), owing to its legacy of banyan trees.

Valsad, being the small sleepy coastal district of Gujarat, cradled among the Arabian Sea, Navsari and Dang districts and the state of Maharashtra, is the very first place where ages ago the Parsi community had arrived even before they found the Sanjan Port. Along with the beautiful serene beaches, the town of Valsad has to its account a lot of specialties which are not much explored.

So, let us explore the less explored.

More popularly, known as Gujarat's Marine Drive, the Tithal beach in Valsad makes for a great place to spend some quality time with your near and dear ones. Indulge in some street food, water sports, or laze around on its coastline, the Tithal beach is undoubtedly one of the most serene and pristine beaches of the state with its clean beaches. A couple of temples dot along its shores on the northern and the southern parts. Due to the high tidal current in the water, access to the sea is not permissible. Walk around the beach or watch breathtaking sunsets while lazing on its exquisite charcoal black sand.

The Swaminarayan Temple standing on the northern face of the Tithal beach is a major crowd-puller for its architectural brilliance and how breathtaking a view it offers of the pristine Tithal beach. The temple is devoted to Lord Swaminarayan and is administrated by the Bochasanwasi Shri Akshar Purushottam Swaminarayan Sanstha. With intricate details crafted and curated carefully in the carvings of the interiors, the temple is very peaceful with fresh cool breeze swaying you away from the sea. With an eye-catching garden out in the front, the temple stands tall overlooking the majestic Tithal beach.

Shri Sai Baba Temple dots the southern face of the Tithal Beach. It is a popular religious destination which is visited by many devotees from all over the world. The temple is devoted to Sai Baba and is facing the sea beach. The campus is well equipped and the very peaceful atmosphere of the place makes this spiritual sanctum a must-visit place for the travellers. The garden area is well decorated and has a well-equipped children's play area.

Check out the remaining fragments of architectural magnificence scattered in the name of the great Parnera Fort, in Valsad. Legends have it, that the Panera Fort, perched atop the hill of Mount Parnera, belongs to the founder of the Maratha Empire - Chatrapati Shivaji Maharaj. Shivaji is popular for owing a number of forts and is believed to have owned as many as 300 forts by the time of his death. The Parnera Fort was built by a Hindu Raja and the history of this dates back to centuries, as it is believed that the fort used to be one of the places where Shivaji took refuge in between the battles he fought and conquered. Due to very low maintenance of the fort, only ruins of it remain along with three colossal canons.

How To Reach Valsad

By Air: The closest airport to reach Valsad is located in Surat. The Surat Airport is near around 64 km away from this coastal town. Frequent cab services are available from the airport to reach the place.

By Rail: The Valsad railway station is located in the town itself. The station is well connected by regular trains to all the major cities of India.

The summer months make the most favourable time to visit the town of Valsad. In the months of and between May to July, the weather remains pleasant and windy with the temperature varying between 25°C and 30°C.