Nativeplanet
»
Travel guide
»Let Us Take A Ride To Rourkela: The Commercial Capital Of Odisha

Let Us Take A Ride To Rourkela: The Commercial Capital Of Odisha 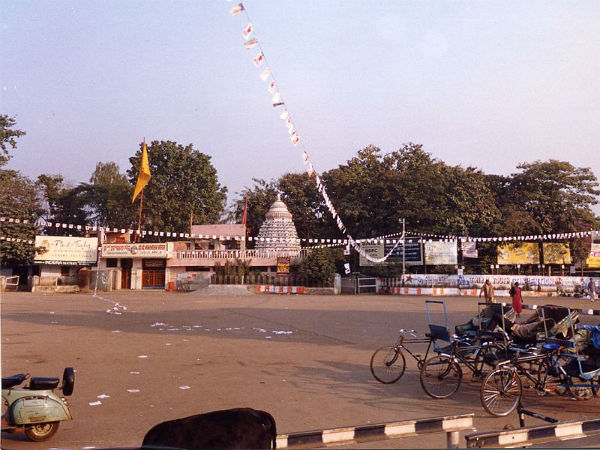 Imagine the sturdy hills with the richness of valuable minerals, cradling a tribal heartland which is some 192 km away from the north of Sambalpur. The entire civilization was left unexplored until the setting up of the first public sector steel plant at Rourkela in 1955. Talk about the two princely states of Gangpur and Bonai, the Sundergarh district opens its arms to peep into the traditional tribal culture in between the very excitement of it developing into a quite modernized settlement. Rourkela is a gigantic industrial township bordered by an array of hillocks and surrounded by river bodies. It comprises of a lovely park, an intricate zoo, an aquarium, a lake, a deer park as well as something as fascinating as an industrial museum.

If we discuss the Hanuman Vatika, you shall definitely spot Asia's highest Hanuman statue at an elevation of 22 m in the interior of its temple complex. Talking about the exterior region of Rourkela, a magnificent pilgrimage spot shall catch your attention at the meeting point of two rivers. There is a dam at Mandira which is 28 km away and offers the opportunity of boating while Pitamahal offers the same but is some 16 km away. The basic infrastructure is quite reasonable and quite a few budget hotels which are available, do the trick!

How To Reach Rourkela:

By Air: Rourkela Airport is the joining point between the city and numerous other towns and cities of India. How is this made possible? It is via the DTDS link established between Rourkela and other places in India. You shall find frequent flights to Bokaro, Jamshedpur, Patna, Ranchi, Kolkata and Bhubaneshwar.

By Rail: If you establish a connection between the commercial city and the rest of the country via rail network, Rourkela Railway Station is the best bet. The rail network is a convenient way to reach the city of Rourkela from different parts of the country. You have Rourkela Junction(ROU), Bondamunda(BNDM) and Panposh(PPO)

By Road: When you want to hit the road, you shall spot a large number of state highways and national highways which shall connect you to many parts of Odisha and the country. Frequent buses are available between Rourkela as well as other towns and cities of Odisha. Taxis, as well as private vehicles, can also be availed to visit places within close proximity of Rourkela.

If you want to enjoy a good time in Rourkela, it has to be the winter season occurring between the months of October to March whereas the hot and sunny days are quite uneasy and unpleasant to witness throughout the year. Its the coolness of the winters which attracts a lot of tourists and creates perfect conditions for sightseeing and other outdoor activities.

Let us discuss some tourist places of attraction as well in Rourkela! It includes quite a number of enchanting places like:

This temple, situated on the banks of river Brahmani is the very spot where one of the most mind-blowing Hindi epics, Mahabharata was put down on paper. What all does Vedavyas temple consist of? Three main buildings, a hermitage, a school as well as caves where the Mahabharata was scripted by the sage of many legends. If you wish to enhance your cultural history and polish it to great heights, let this popular temple be your guide.

The origin of this temple is still a mystery but the site came into emergence in the year 1967 and was renovated and polished to perfection between the years 1992 and 2000. It spreads over a sprawling land of 2 acres and the most auspicious time to visit the temple is when the Indian festivals are being celebrated with great splendour. Special prayer service and the festive mood just adds a sprinkle of joy to the happy moods of Jhun-Jhun Dham which is another name for the holy abode.

This is a merry-making spot which is situated on the banks of the Brahmani river. You can carry delicious home-made food and have a gala time with your friends and family on the lush green carpets here. The exquisite Deodhar George is quite an inviting place which is traversed by numerous tourists who are seen especially during the hot as well as humid summer months.

This is where Lord Hanuman who is the mighty ape God, stayed during the ancient times. This mesmerizing garden was his royal abode which underwent renovation and the public of Odisha was welcomed into it by the Odisha government.
You shall spot numerous shrines here devoted to all the numerous Hindu deities as well as a monolithic 22.8 m heightened idol of Lord Hanuman can be seen in the heart of the garden area. It attracts several visitors like a magnet! Rourkela is known for splashing onto the audience its cultural and historical heritage.

This park is considered the largest stop in Odisha with an area expanding over 42 sections of land with lovely gardens and grass homes comprising of a miniature zoo, an aquarium, a doll exhibit as well as a glittering lake. The garden area is sprayed with an exotic array of streaming plants, rose garden, Japanese garden and a wellspring too. A huge assortment of creatures and flying species in the recreation area shall captivate your interest namely the wild bears, crocodiles, peacocks and many more animals belonging into the wilderness. The aquarium shall raise your level of excitement with the magnificent variety of fishes and not to forget the dolls being put up in the exhibition hall. The zoo also has a toy preparation centre for the amazement of the youngsters.

Let us head to Rourkela soon!