To Jageshwar, The Himalayan Town With 100 Ancient Temples 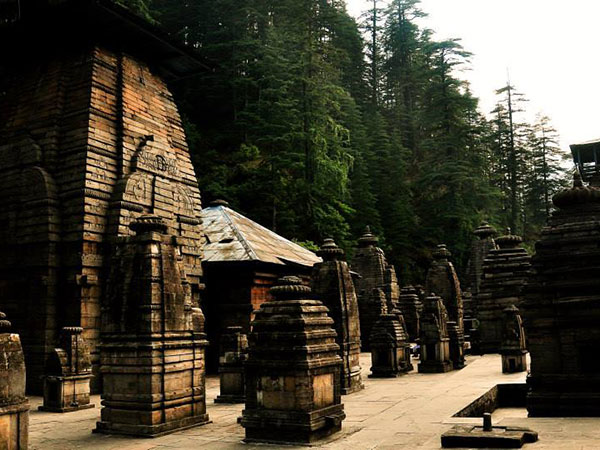 If we talk about the highlands of Uttaranchal, it is about the Jageshwar Dham which is Shiva's abode known as Jageshwar or Nagesh. As soon as you catch a glimpse of the stone temples of Kumaon region of Uttaranchal, you shall have this urge to visit them. Jageshwar is 35 km away from Almora and the path traverses through tall pine trees towards Pithoragarh and Naini. The moment you near the town of Jageshwar, pine trees shall turn into Deodar trees and the valley shall be seen representing a look with a darker shade of green. Your journey shall start with the viewing of stone temples first.

You shall come across at least 200 temples completely devoted to Shiva Mahadeva. As Jageshwar plays representative to one of the 12 Jyotirlingas in India, followers flock in large numbers during the event of Shivratri every year. The environment is pious and soothing, decorated with tall deciduous deodar trees and the river Jata Ganga as well. A never-breaking chain of snow-covered mountain ranges is present over this lovely temple region. It also tempts a large number of travellers to sit down and meditate in this paradise of piousness.

By Rail: If you seek the nearest railway station, it is at Kathgodam, around 135 km away. It is nicely connected to Delhi, Howrah and Lucknow. Tickets up to Kathgodam cost around 150 rupees.

By Road: Jageshwar is just 34 km away from Almora. Other convenient means of transport are several buses as well as taxis. You can arrive here via Nainital as well, that is 100 km southwest of Jageshwar.

By Air: The closest airport has to be Pantnagar. It is only 150 km away from Jageshwar. From the airport, luxury buses, Volvo cars and taxis are available for your convenience. However, you can also take flights from Indira Gandhi National Airport to Pantnagar Airport. Tourists from outside of India can also travel here with ease.

A towering stone wall, by the name of Jageshwar Dham, comprises 124 big and small temples within its boundaries. This is the main temple building. From a distance, you shall be able to spot the temple Shikharas or rather the spires of temples. Do you know what else Jageshwar is called by? Yogeshwar, Hatkeshwar and Nageshwar.

Another interesting fact is that the Jageshwar Jyotirlinga was mentioned in the Manas Khand of Skanda Purana. Daruka Van is where the 8th Jyotirling called Nagesh is present. Heard about Devdaru trees? The name Nagesh comes from these trees which form boundaries around the temple. The river flowing along the Temple is called Jata Ganga, i.e., Ganga which flows out of the locks of Shiva.

An Insight Into The Shiva Temples Of Jageshwar Dham

In total, the Jageshwar Dham consists of 124 temples which are completely devoted to Lord Shiva in the likings of a Linga. Nevertheless, every temple is known by a unique name, where some names are that of the various Avatars of Shiva but a few are dedicated to celestial forms like Nav-Graha or perhaps the nine planets. One such temple is also dedicated to Shakti which has a beautiful idol inside it. There are two more dedicated to Dakshinmukhi Hanuman and Nav-Durga, respectively. A majority of the temples have a Shivalinga inside them. It will interest you to know that there is a panel at the top of the temple entrance from where the names of the temples have been derived. Pining for an example? We have the Kuber temple flaunting the Kuber panel, the Lakulisha Temple possesses a Lakulisha whereas the temple comprising the dancing Shiva panel is called Tandeshwar Temple.

Other Tourist Attractions In Jageshwar, Uttarakhand

Let the oldest and largest temple of Jageshwar mesmerize you with its beauty, the Mahamrityunjay Mahadev Temple. It is exactly located in the central region. It shall fall on your right as soon as you step into the complex.

Will you believe that the Linga was worshipped here, in this temple, for the very first time? Soon, giving Shiva the stature of Linga and worshipping him like that became a tradition. You can always spot the Mahamrityunjay mantra written all over the walls in bold letters but where? Bright and clear in the Mahamrityunjay Mahadev Temple with a gigantic Shivalinga.

Look at the extreme right of the temple complex and you shall view the spectacular temple behind the Mahamrityunjay Mahadev Temple. It is not a very big temple which comprises a long vestibule that has a Himalayan roof with slate slabs that are sloping. Pushti Bhagwati Maa's idol is present here.

This temple has one gigantic temple which is proudly the tallest one or the biggest one in the Dandeshwar region. When it comes to the shrines, there are 14 subsidiary ones with some on a raised platform facing the temple and some lying in its vicinity. Some are adorned with simple Shivalingas in a yoni while the rest have Chaturmukhlingas. Here, however, if you look at Shiva, it resembles a Shila or rock but not linga!

How about a trip to a nice and well-kept museum of Jageshwar which flaunts the local sculptures? All of these put on display have actually been taken from the Jageshwar temple complex or around. You shall see the best here with stone images of Dancing Ganesha along with the one with Ashta Vasus, Surya in a standing position, many Uma Maheshwar and Vishnu images too! Depictions of Shakti are presented in the form of Chamunda, Kaumari, Kanakdurga, Mahishasurmardini, Laxmi and Durga. We bet you shall be stunned by the royalty sprinkled in the form of royal devotees and royal processions. Even the doorjambs seem extraordinary with the large stone panels including inscriptions.

Say hello to the 28th avatar of Shiva, Lakulisha. It is also referred to as an independent cult by some people. The people of Gujarat and Uttarakhand worship this disposition of Shiva quite devotedly. Shown with a stick in hand, this arrangement is prominent on the panels of a few temples.

Fairs And Other Temples

Two festivals are majorly celebrated here. The Jageshwar Monsoon Festival shall rejuvenate your soul in the merry monsoon month of August and the Shivratri Mela is celebrated with great pomp and show in the spring season. The fireworks all night along the stupendous elephant procession is simply delightful.

Apart from the above mentioned there are numerous other stone temples that you can visit when in Jageshwar. Go explore it! 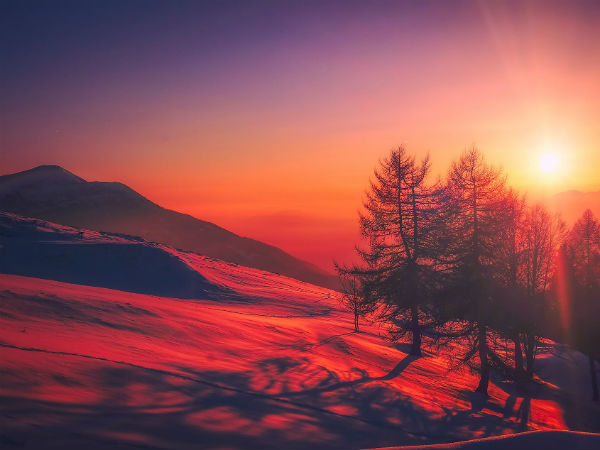