Let Your Travelling Shoes Carry You To Anantnag, Kashmir 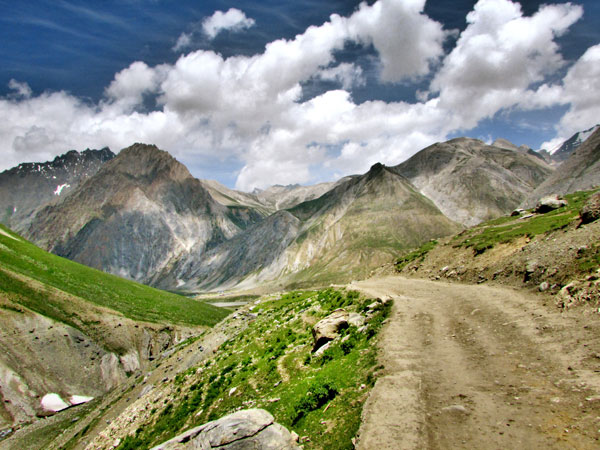 Let us talk about this bustling city called Anantnag, which is cradled in the state of Jammu and Kashmir and surprisingly belongs to a district which goes by the identical name. The city is an amazing tourist spot which is traversed by numerous visitors during the sultry summers. It is proudly a part of Kashmir which is lovingly referred to as 'The Paradise on Earth' and thus you can see quintessential landscapes and spectacular views of the Himalayas, which shall capture the hearts of many tourists. Get ready to enjoy the mesmerizing views of the brilliant gardens which thus truly hold on to their golden title of 'Garden of Kashmir'.

However, who built these gorgeous gardens in the first place? It was the Muslim rulers. The royal family members stepped feet here only to enjoy moments of ecstasy and admire the mesmerizing beauty sprinkled around. Some parks which are worth mentioning could be Achabel Garden, Lidder View Park, Sherbagh Park as well as Aishmuqam Park.

The word 'Nag', however, has many connotations: out of which one is 'springs' and falling in the rhythm of it, we can talk about the innumerable mesmerizing springs which are bedecked with lovely structures, giving you a flashback of the flamboyant Mughal era. Do not miss out on visiting the Martand Sun Temple as well; it is a well-known tourist spot in Anantnag.

This place is your summer special abode. You shall love being here in the onset of monsoon as well as during the hot months of May to October. What makes sightseeing an adorable experience? The favourable weather, of course! The temperature does not shoot up more than 25 degrees. Isn't that great?

By Air: Heard about the Srinagar Airport? It also goes by the name of Sheikh Ul Alam Airport. When it comes to talking about the international airport, there is a streak of airlines which establish a series of connections with several Indian cities and not to forget the International destinations. If you travel via Air India, there are flights to Jeddah, Goa, Mumbai, Delhi, Leh and Jammu. GoAir will help you fly to Mumbai, Jammu as well as Delhi. SpiceJet has this speciality of connecting you to Bangalore, Chandigarh, Amritsar, Goa, Delhi, Mumbai as well as Jammu.

By Rail: This mode is also quite famous in term of reaching Anantnag. It goes by the name of Anantnag Railway Station, and it comes under the Northern Railway Zone of the Indian Railways. Who is it served by? The Kashmir Railway which carries out its operations from Baramulla and up to Qazigund. Express trains are usually not expected to stop here and thus your best resort shall be to get down at Jammu Tawi Railway station.

By Road: If you prefer going via road, then buses are the best available option. You shall find its bus stop in K.P Road, Hussainabad. Heard about the exquisite Himalayan mountain ranges? Imagine getting to view them throughout your journey and also there are buses operated by the Jammu and Kashmir Transport Development Corporation from nearby areas. And you shall always get daily buses to and from important destinations like Jammu, Pahalgam, Kokernag as well as Srinagar. Travelling time from Srinagar to Anantnag is one hour whereas, from Jammu, it takes around 4 hours.

You shall spot a lot of exuberant celebrations during Ziarats or Urs which usually pinpoints the death anniversaries of the saintly people. You cannot miss out on the fairs organized which are usually in close proximity of the shrine of Aishmuqam during the Urs and people travel all the way from various places to be here.

Now, let's talk in great length about another splendid festival and that is Eid-Ul-Fitr. Do you relish meat? It is the chief dish of Kashmiri cuisine. Let your taste buds also experience the heavenly Roganjosh, Yakhni and Qeleeya. Trust us when we say that, you shall enjoy a cup of hot steaming tea while wrapped under blankets in the biting cold. The Kashmiri chai is quite a treat to enliven your soul as it comprises milk, cream and an assortment of walnuts and almonds. The local tea is referred to as Noon Chai and shall sprinkle a salty taste in your mouth.

Tourist Places Of Attractions In Anantnag

When you are travelling to Jammu, Verinag shall fall on your way and its awesome beauty shall surprise you with its sparkling blue water which shall rise from below a heightened mountain spring and you cannot ignore the presence of a pleasure garden and summer house as well. Emperor Jehangir also built an octagonal pavement which was nicely paved around the water fountain. The Emperor was taken aback by the mesmerizing aura of the Verinag and the resort is located in Tehsil Shahabad Bala, at a distance of 26 km from the town of Anantnag town. You can also expect a terrific bungalow, a resting house as well as a few huts at this place.

Let's talk about bewildering springs like Achabal which flows out of the spectacular Sonsanwar Hill and was imbibed as a pleasurable and beautiful entity by Emperor Jehangir. Inquisitive about what is the real source of the Achabal Spring? It is the Brengi Nallah which becomes invisible at Dewalgam via a crackling or splitting of the earth with limestone. The gushing of this glittering cascade is through three channels and the gorgeous gardens are beautifully decorated with frivolous fountains adding to the exquisite charm of the Mughal gardens. It along with its health resort lies in the south-east direction of the district: some 9 km away from the district headquarters.

It is one of the most alluring health resorts of Jammu and Kashmir which is located in the northeast of district Anantnag which is softly tucked within the lofty hills and layered with lush green forests. The climate is quite pleasant and convenient while the harmonious tone of the Lidder Nallah also attracts a lot of tourists from not only within the country but abroad as well. It also serves as this prime transit camp when you are on your way to the pious Amar Nath Ji Cave, which is just 72 km away from the district headquarters.

Just 9 km northeast to the Anantnag district, Martand Sun Temple which is built by King Liladitya who is a Kshatriya from the Surya dynasty is quite popular for its marvellous Aryan structure. It gives us a hint of the skilful art of the Kashmiri Hindus and it is built in the devotion of Bhaskar or the Sun God. You shall catch a glimpse of this temple built of square-shaped limestones which are identical to the Grecian patterned pillars.

You shall find the ruins of the temple in close proximity of the snow-covered mountains. The brilliance of the temple in terms of its outstanding art, design and beauty is comparable to that of the art visible in the Taj Mahal, Parthian and St. Peters as well.

It is not more than 46 km away from the district headquarters of Anantnag, in Tehsil Pahalgam which is traversed by innumerable tourists. Make sure you mark your calendar to visit this auspicious place during the annual procession of Amarnath that proceeds from Shrinagar and goes over this area as well.

It is a merry-making procession which is initiated by the devotees who proceed with the Mace of Lord Shiva. How Lord Shiva resides here? He has incarnated the perfect shape of an ice Shivalinga and ice blocks of Goddess Parvati and their son Maha Ganesh follow suit. You shall be surprised by this astonishing fact that these ice blocks undergo a change in their formation along with the position of the moon and become small or grow large accordingly.

Heard about Hazrat Syed Mohammed Inayat-Ullah Qadri Samnani? This was an elegant mosque built as a tribute to him who had started the construction of the mosque in 1528 AD, along with other disciples from Central Asia. The location of this mosque shall be the lower portion of Anichteep which belongs to the Martand Plateau. Syed Mohammed Inayat-Ullah Qadri passed away at the age of 75. His body was neatly dealt with at a shrine which was in close proximity of the masjid. When can you visit the mosque? If you keep a tab of the Islamic Calendar, it is the 8th of Shaban which is celebrated as the death anniversary of Saint Syed Sahib. 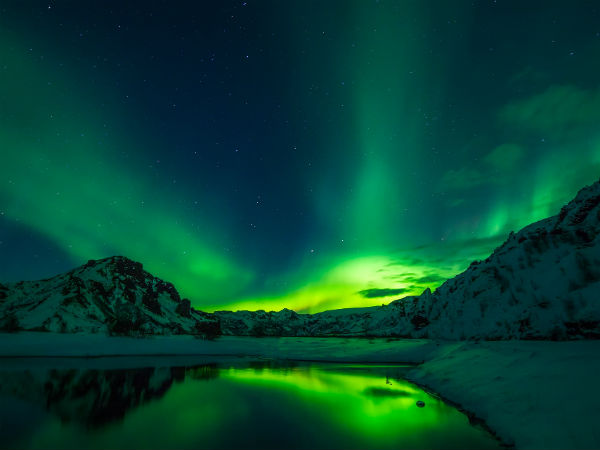 Move Over Pangong And Explore These Hidden Lakes In Ladakh