8 Most Dangerous Road Routes In India 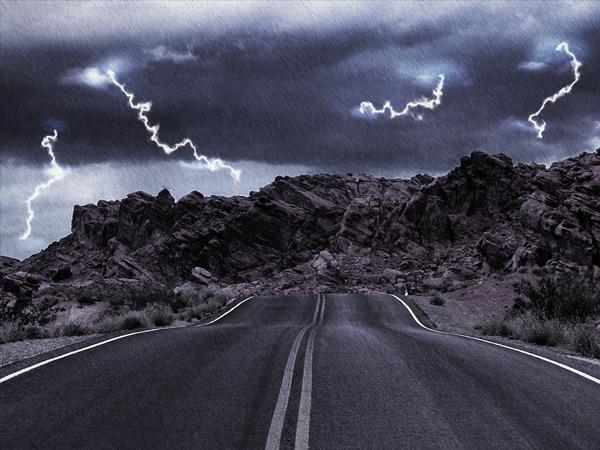 From snowcapped mountains to green meadows, from pristine beaches to laid-back backwaters, from serene islands to thriving metropolitans, India is a land full of surprises and boasts an array of natural beauties. However, surprises can be challenging. Yes! With such diverse topography, India hosts many infamous road routes, that will give chills to first-time travellers.

Here are the 8 most dangerous road routes in India:

Tens of thousands of people ride and drive along this pass as it is one of the main highways connecting Manali, Himachal Pradesh. Located on the eastern Pir Panjal Range of Himalayas, Rohtang pass is situated about 12,000 ft above sea level and one of the deadliest road routes in India.

It is a 285-mile long pathway stretching from the Ambala district in Haryana to the Himalayas. Besides being one of the most scenic road routes in India, the roads are considerably unkempt for highway standards. And because of its poor condition, it is known to be one of the most dangerous roadways in India.

Tirupathi is one of the most visited temples in India, and millions flock into Tirupathi during the festive season. The road route is the primary way to get to the destination. Hairpin curves, deep turns, and unpredictable terrains make it a challenging journey. During monsoons, the road route to Tirupathi is claimed to be dangerous and prone to accidents.

There are two reasons why Khardung La Pass is considered as one of the notorious road routes in India; it is the highest driving point in India and the most treacherous paths to cover. It is situated amid snowcapped mountains at 16,806 ft above sea level and stretches from the Leh region in Jammu & Kashmir to Kashgar in China.

Located at an altitude, 16,080 ft above sea level, Chang La Pass is one of the most dangerous roads in India. It is the third-highest driving route in India and tenth in the world. An acting pathway to the Chanthang plateau in the Himalayan region, Chang La Pass is decked with snow-white mountains and panoramic landscape. Many incidents involving dizziness and breathlessness have been reported at this high altitude pathway.

Zoji La Pass may not be one of the highest pathways in India, but it is sure known for its extreme weather conditions. Infamously known for sudden landslides and fatal accidents, Zoji La Pass is a long stretch of muddy road that will leave you exhausted and speechless in pain. It is located around 10,600 ft above sea level, making it one of the most dangerous road routes in India.

It is a 130 km long roadway with hairpin curves, loops, and zigzags and is listed in one of the most dangerous road routes in India. With an array of natural wonders along the way, the Munnar route is a visual retreat for city dwellers. Munnar roads are one of those road routes that would give you a horror of a lifetime.