Take A Trip To The Magnetizing Mayurbhanj, Odisha! 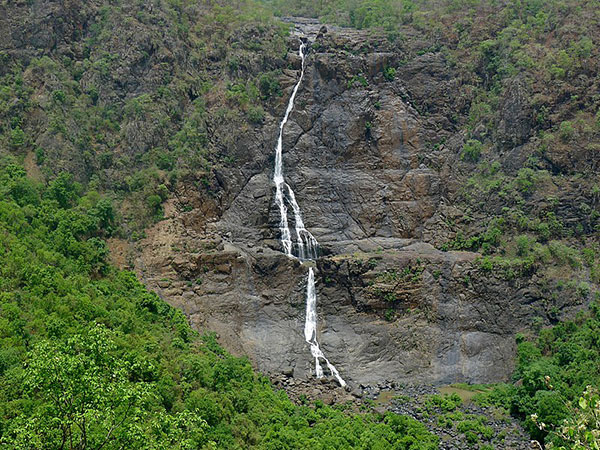 Let our discussion of today be about this wonderful place called Mayurbhanj, in the Indian state of Odisha. Did you know that when under the British rule, it was this royal state with exactly the same name? Initially, this region was under the control of the Bhanj dynasty, who according to a legend were originated from the eyes of a peacock. Bordering the shoreline turned towards the Bay of Bengal, Mayurbhanj is at around 1083 ft above sea level. A tropical humid climate is what you should expect out of Mayurbhanj. The average temperature pans up to 37°C during the hot summers.

Mayurbhanj has plenty of praiseworthy tourist attractions. The places you can blink your eyes at are Mayurbhanj Palace, Barehipani Falls, Simlipal National Park, Jorakund and Sitakund Falls as well as the Belagadia Palace. When it is the holiday season, visitors are caught scampering the entire vicinity in large numbers.

How To Reach Mayurbhanj:

By Air: Baripada city is the major city in Mayurbhanj district. And the closest international airport to Baripada is the Netaji Subhas Chandra Bose International Airport also known as the Dum Dum Airport of Kolkata; which is around 195 km. Another one shall be Biju Patnaik Airport, Bhubaneshwar, which is some 207 km from Baripada.

Birsa Munda (257 km) and Sonari (133 km) airports of Jharkhand, and Rourkela (282 km) airport are other airports situated in close proximity to Mayurbhanj.

By Rail: When it comes to railway stations, let me tell you that Baripada is strongly connected to the Howrah-Chennai railway corridor. There are trains traversing rapidly to and from Kolkata and Bhubaneshwar carryig all sorts of tourists and travellers.

The best resort would be to reach Mayurbhanj via a train to Baripada, after taking a flight from Kolkata. Talk about Baripada being attached closely to Indian cities like Balasore, Bhubaneshwar, Kolkata, Cuttack and Jamshedpur.

By Road: Roads here are well-built and air-conditioned buses sprawl easily across the towns and cities in Mayurbhanj. Let's make a note of the various distances. From Balasore, Baripada is 60 km away. It is 163 km from Jamshedpur, 103 km from Kharagpur, 231 km from Cuttack, 368 km from Rourkela and 255 km from Bhubaneshwar.

You shall also find it in close proximity of other cities like Sambalpur, Puri, Bolangir, Jhargram, Angul, Ranchi as well as Kolkata via the Odisha State Road Transport Corporation and private travel services too.

Well, when would be a good time to visit Mayurbhanj in Odisha? We suggest you to pack your bags and head here in between September to March as it is during this time that the temperature and humid atmosphere shall be under check and in your favour.

Now, let's move on to the tourist places of attraction here!

This national park is only 17 km away from the district headquarters of Baripada. This sanctuary and the national park is sprawling over large acres. You shall even find a tiger reserve right here. The lush green forests of Simlipal, as well as the uniquely different species of animals, capture the attention of innumerable tourists.

The natural splendour of the grassy plains, as well as the exquisite variety of birds perched on trees, are definitely worth a glimpse. Breathtaking views of the place can be enjoyed while taking a stroll inside the park. Do not let the Barehipani and Joranda waterfalls go amiss from your spectacular view-point.

Did you know that this stands as one of the grandest entrance hubs to the Simlipal National Park and is present on its eastern border? The other welcome point is via Jashipur. Lulung's location is detected to be on the banks of the tributary river Palpala. Perennial water flow is what the river promises and the crystal clear water shimmers with a variety of pebbles of various sizes on its river bed.

It is also bedecked by pristine forests on either sides that serve as beautiful picnic spots to adorn all the nature enthusiasts. If we put the climate of Lulung on the radar, it is situated at an altitude of 300 metres, which is pleasant. If you wander about a little more, you shall definitely catch a view of the mesmerizing hillocks as well. This place is only 52 km away from Mayurbhanj. The sheer brilliance of this place is a paradise for the nature lovers and is also popular for stone utensils.

This lovely waterfall which is present in the Udala division of Simlipal Forest Range can be traversed via Udala or Nilagiri from Panchlingeshwar. It is some 69 km from Kuldiha, 87 km from Balasore and 90 km from Lulung. You can easily avail jeeps from Udala to Devkund which is around 28 km away.

Heard about the Pancha Kunda? It actually comprises of five lakes in totality, as apart from Devkund, there are four other falls which form a lake or Kund. If you climb up to 100 steps away from Devkund, you shall come across to the source of the river, where stands strong a Durga temple or the abode of Devi Ambika Mata, which is worth a lot!

It shall surprise you that the kings of Mayurbhanj built temples in the year 1940 and as of now, pujas and rituals are still performed here with complete devotion. Close your eyes and imagine the melodious humming of the birds as well as a colourful array of butterflies fluttering around adding to the charm of Devkund.

Are we missing out something? The Joranda Falls! It is located in the very heart of the Simlipal National Park in the Mayurbhanj district in the Indian state of Odisha. Even the Barehipani Falls lies within close proximity of the Joranda Falls. It is ranked the 19th highest waterfall in India.

If we talk about a popular village called Devagram of Mayurbhanj, it has to be spelt Deogaon. You shall find the village ladled on the banks of the river Sono. Ruins of plenty of temples can be spotted here which comprise of the shrines of Shiva Lingam, Lord Ganesh and Goddess Parvati who are warmly seated in the village temple area. Deogaon is at a distance of 50 km from Baripada and you shall fall in love with this quintessential place for merry picnics and scenic landscapes.

This holy abode is solely dedicated to Lord Shiva and is situated some 40 km away from Baripada. The ravishing architecture of the temple is quite alluring and what is the most fascinating? The detailing about the Mayurbhanj royal family is adorned on the walls in Oriya script. From three sides, numerous water channels and the river Gangahar make a boundary around the stunning temple which is especially quite eye-catching during Shivratri when thousands of devotees flock to it.

Here we shall talk about the capital of the Bhanja, which is Khiching. Its some 205 km from Balasore and 111 km from Mayurbhanj. A plethora of temples are scattered all over this place and the best part is that some are still used as a place of worship. Who is this deity of Khiching? Kichakeshwari, the pious Goddess of Mayurbhanj chiefs.

The temple area dedicated to her is a marvellous piece of art. Accessorized with chlorite slabs, it stands out as one of its kind all over India. The sculptures have an aesthetic feel to them. Khiching also flaunts a small museum which sports various historical pieces of sculpture and art which holds great importance. 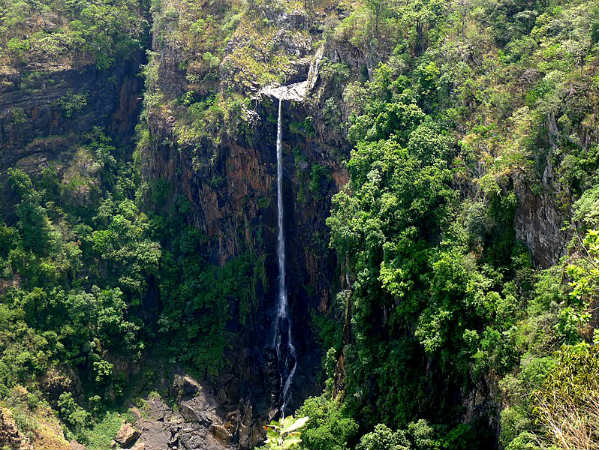 Travel To These 6 Waterfalls In Odisha