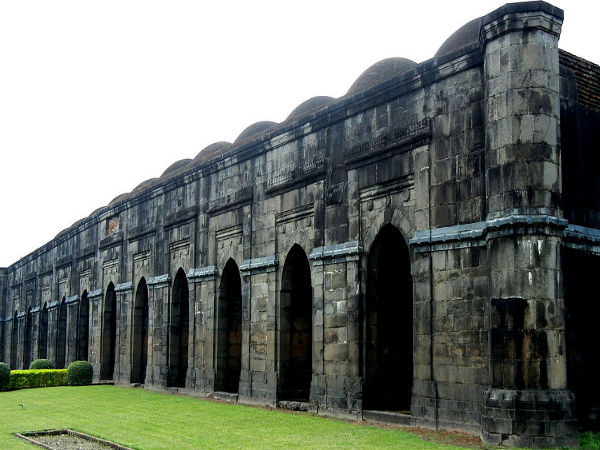 Malda is the name of the town as well as the district in West Bengal. The city of Malda is also called as English Bazar. It is a well developed centre located at the meeting of two rivers Mahananda and Kalindi rivers.

The region is known for the Malda Mangoes which are exported across the world. It is also one of the oldest cities in West Bengal dating back to 7th century.

The district of Malda is popular for the folk art form called Gombhira. It is said that the place was one of the prominent trading centres during the ancient as well as the British era.

It was only during the 18th century that the town flourished because of the emergence of silk and cotton industries. The tradition of those industries exist to this day and has evolved over the years.

The city is related to the ancient city of Gour mentioned by the 4th century scholar Panini. Later, in 1204 AD it was conquered by the Muslim rulers and was renamed as Malda. In 1757, it came under the rule of the British and that's when the actual district was formed. The old Malda is now a part of the city of English Bazar.

The city of Kolkata is around 361km to Malda. It is located in the northern part of the state and one of the largest cities in the state of West Bengal.

In the 18th century, silk and cotton industries flourished in this region. Now jute, silk and mango farmingare the major industries in the region. Malda Mangoes are very popular outside the country. Even the jute products are an important part of this district.

It is best to visit from October to November as the climate will be cool. During February and March it is beginning of Mango season. Both are nice seasons to visit Malda.

Kolkata is one of the popular cities in India. It is located on the banks of Hooghly river. Kolkata, earlier known as Calcutta has undergone various influences in terms of culture and religions. Kolkata is the crux of many activities in West Bengal.