Learn How These Places In Haryana Are Related To The Mahabharata 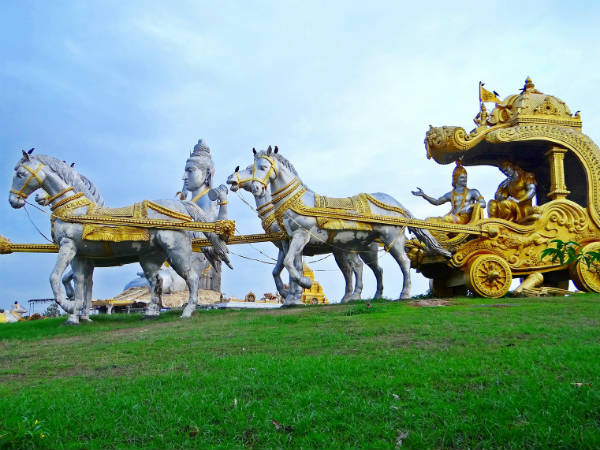 There are a very few travellers who consider Haryana as an important part of Indian tourism. Most of us remain busy exploring the overexplored places again and again. But do you know Haryana is a land of wonders for those who always look forward to learning about the history of India? Yes, it is home to hundreds of historical places. Some date back to a few decades, numerous to several centuries and a few which date back to the period of the epic Mahabharata thousands of years ago.

Therefore, it is no wonder it is home to several age-old sites and historical places. After all, it has been flourishing for thousands of years. Do you know within the boundaries of Kurukshetra there is a small village named Amin, which houses a fort built by the great Abhimanyu?

Today, Kurukshetra is a holy site amongst Hindus and is home to several temples and religious places. The most prominent ones include Jyotisar, Brahma Sarovar and Pehowa.

Even though the history of Sirsa is still unknown, it is believed to have been prospering since the time of the epic Mahabharata. Once a land of Sarasvati river, Sirsa is a forgotten place today. As per local legends, the town is said to have been founded by the ancestors of the Pandavas, and since then it has been a significant centre in the region.

Today, Sirsa is rarely visited by tourists and is lost in the pages of history. How about getting yourself to this unexplored town and learning in detail about its history?

Another historic place in Haryana, Karnal is mostly known as the place where the British survivors, during the revolt of 1857, took refuge. You can also find a few ancient monuments related to the British era here. But do you know about its formation and age-old history?

If not, then let us tell you that Karnal was founded by Karna, one of the prominent characters in the epic Mahabharata, thousands of year ago. Therefore, it is also home to a few old temples. If you are on an expedition of exploring the places related to the Mahabharata, you must not miss visiting Karnal.

Most read:11 Important Places of Modern India Associated with the Epic Mahabharata

Kaithal was founded by the eldest of the Pandavas, Yudhisthira. However, as per locals, Kaithal is said to be the birthplace of Lord Hanuman, and hence it was once called Kapisthal. Today, it is a major pilgrimage centre amongst the devotees of Lord Hanuman and is visited by history lovers only on account of its ancient monuments that are related to the period of the Mughals, the Marathas and the Delhi Sultanate.

The topmost places which one must visit here include Kaithal Fort, Anjani Tila, Tomb of Razia Sultan, Vidkyar Teerth, Khandeshwar Temple and Gyrah Rudri Shiva Temple. As it is home to several Islamic monuments and gurdwaras, it is also considered as a religious site amongst Muslims and Sikhs.

Jind is popular amongst tourists for Bhuteshwar Temple, which is dedicated to Lord Shiva. However, it is home to several other temples and religious sites. As per ancient Hindu texts, Jind was developed as Jayantipuri around Jayanti Devi Temple, which was built by the Pandavas before starting the battle with the Kauravas. Over a period of time, the named changed from Jayantipuri to Jind.

The textile city of Haryana, Panipat is popular amongst tourists and history lovers as the place where the historic battles were fought between the Mughals and the rulers of Delhi Sultanate and between the Marathas and the Afghans in the 16th and 18th century respectively.