Nativeplanet
»
Travel guide
»Jharokhas: Reason Behind The Popularity Of These Grand Palaces

Jharokhas: Reason Behind The Popularity Of These Grand Palaces 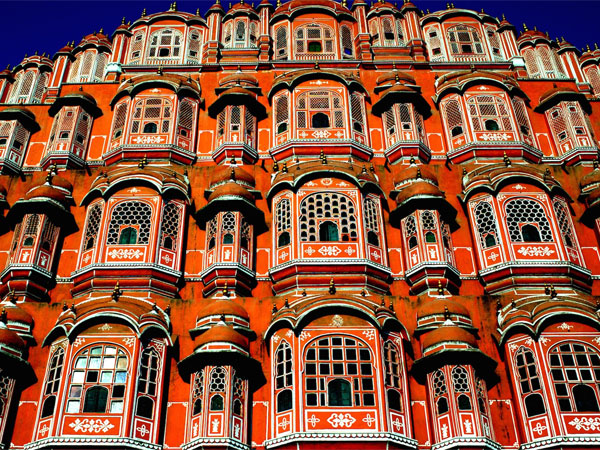 Indian is known for its fascinating art and culture since the prehistoric time and people across the globe visit the country to witness those magnificent works. From the paintings of Ajanta and Ellora to the beautiful carvings of the forts in Rajasthan, each has its own story to tell. But, if you wish to take a glance at some beautiful carvings, then Rajasthan is the place to be in.

Rajasthan and Gujarat, which are globally famous for their handicrafts, have a number of forts and palaces that display such decorative artwork portraying the skill of the local artisans. Out of those artworks, the decorative jharokhas hold a special place in the history of architectural handicrafts. Miniature samples of those jharokhas are still amongst the most popular wall hanging pieces in many homes and hotels because of their timeless appeal.

A jharokha refers to a small window which was quite prevalent during the purdah system. During ancient days, queens and princesses were not allowed to sit with the rulers in public. During festivals and functions, they used to watch the events from behind those decorative jharokhas, which served the purpose of a canopy. The jharokhas were made in both wood or marble and sometimes mirrors were installed into those to give them a different look.

Built in 1799, Hawa Mahal has a total of 953 jharokhas carved out of pure pink sandstone. Following the purdah rule, Maharaja Sawai Pratap Singh ordered his men to build this five-storey pyramidal palace that allowed the royal women of the family to observe the celebrations and the everyday life on the streets of Jaipur.

Phalodi Fort dates back to 300 years when Rao Hamir Narawat, who was the grandson of the Maharaja of Jodhpur, constructed the monument in the small town called Phalodi. The historical structure is quite popular for its beautifully sculpted jharokhas that reflect the amazing artwork of Marwar artists.

Zenana Mahal, which is an integral part of the famous Mehrangarh Fort in Jodhpur, also has a number of delicately carved jharokhas. The royal abode that was mainly constructed for the Jodhpur queens has a prominent court for the Maharani and the three wings of this court were decorated with jharokhas with intricate jaalis (screens).

Patwon ki Haveli is the largest and one of the grandest palaces in the city of Jaisalmer. Guman Chand Patwa started the construction of the cluster of five small havelis in 1800 AD and took almost 55 years to complete the construction work. The five-storey yellow sandstone edifice, popularly known as the mansion of brocade merchants is known for its magnificent paintings and stunning decorative jharokhas.

The royal palace of Halvad, popularly known as the Ek Dandiya Mahal, is located in the Surendranagar district of Gujarat. The mansion has got innumerable wooden and stone jharokhas that overlook all directions. Localites have named the palace Jhalawar Darshan as the visitors can get a panoramic view of the surrounding villages from those jharokhas.