Jeita Grotto: The Longest Cave In The Middle East 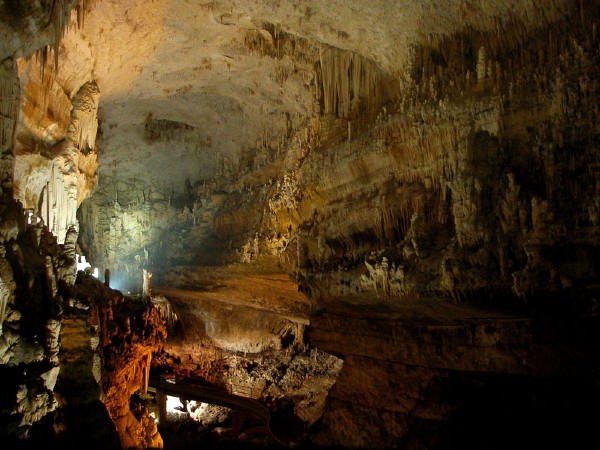 The Nahr al-Kalb valley, in the municipality of Jeita, is home to Jeita Grotto, the longest cave in the Middle East, which is located 18 kilometers (11 miles) north of Beirut, the capital of Lebanon. Actually, it's a network of two caverns. These are kept apart, although the caves are connected. Together, the incredible system measures roughly 5.6 miles altogether (9 km).

It also has a subterranean river and three enormous, distinct natural chambers. The longest chamber is a whopping 390 feet (120 meters) long. Additionally, 1.5 million locals get their drinking water from the river it contains.

The caves, which were found in 1836 and became a popular tourist destination in 1969, were used as a storage facility for weapons during the civil war despite floods from the Nahr El Kalb, whose source they are.

Even though the lower cave was previously identified, it wasn't until Reverend William Thomson explored it again in 1836 that he reached the underground river. He fired a shot, and hearing the echoes, he realized he had found a cave of tremendous significance. In 2 expeditions in 1873 and 1874, J. W. Maxwell, H. G. Huxley, and Dr. Daniel Bliss of the Beirut Water Company and the American University of Beirut explored a kilometre inside the cave. Further trips by American, English, and French explorers in 1892 and 1940 took them to a depth of 1,750 meters.

Lebanese speleologists first found the upper galleries in 1958, which are 60 meters (200 feet) above the lower cave. An access tunnel and a number of walkways have been built to allow tourists safe access without affecting the surrounding environment. The largest stalactite known to exist is located in the top galleries. The galleries are made up of a number of chambers, with the greatest reaching a height of 120 meters (390 ft).

How to reach Jeita Grotto:

Driving from Beirut is the most effective way to get to Jeita Grotto. Only 18 km north of Beirut are the caves.

When to visit Jeita Grotto:

Every day of the week except Monday and Every year, from late January to early February, the caverns close for around 4 weeks. (It is advisable to check the rules, regulations, entry process, and time officially before planning your trip to this majestic wonder).