Resounding Times at Jamali-Kamali in Delhi 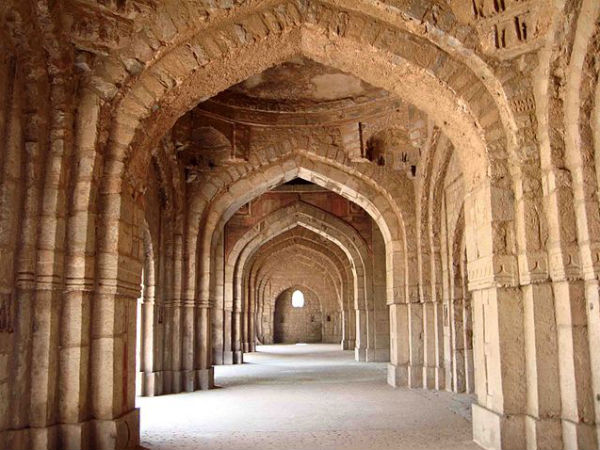 A journey back to Lodhi Dynasty gives us a glance of the era before the powerful Mughals. Jamali-Kamali Mosque and the Tomb in Mehrauli of Delhi takes us to those glorious times.

Jamali aka Shaikh Fazlu'llah was a Sufi saint and poet. He happened to visit Delhi during one of his travels and became a court poet under the partonage of Lodhi rulers. Some records even suggest his existence in the court of Babar and Humayun.

It is surprising that there are no accounts of a person named Kamali. Though, the tombs of both Jamali and Kamali are built together, no one has got any information about Kamali. In all the historical records, only Jamali, the Sufi saint's life has been portrayed with no reference to Kamali.

The mosque was built after the death of the saint Jamali. The beautifully designed structure has stood the test of times. It is said to be built during the year 1528-1529. The vast courtyard, archways and domes reflect the architectural finesse of those times.

Intricately carved sculptures inside the mosque, ornamental touches to the windows tell the tales of a rich aesthetic and artistic past. Today, Jamali-Kamali Mosque and the Tomb is one of the monuments under the archeological sites of Delhi.

Jamali-Kamali Mosque is one of lesser-known tourist places in Delhi.

How to Reach Mehrauli

Delhi's Mehrauli is a region full of monuments and it is a well-connected area. Tourists can easily reach Mehrauli by road. Mehrauli has been one of the ancient times from the Pre-Mughal times. Thus explains the number of the historical sites in this neighborhood.