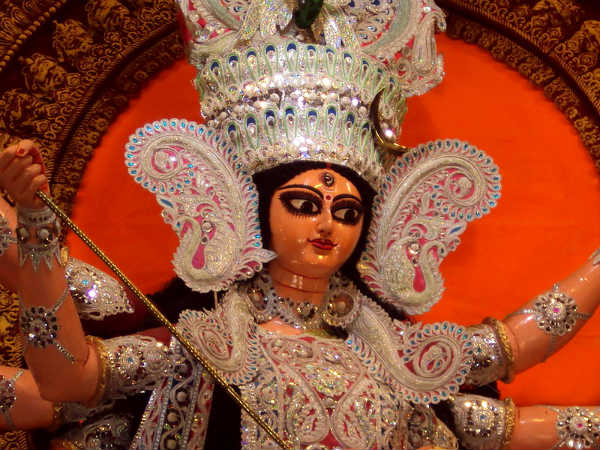 This October, the nation of India prepares to celebrate one of its most prominent festivals - Durga Puja. Popularly known as Dasara and Navaratri, Durga Puja is a celebration which showcases the triumph of Goddess Durga over demon Mahishasura. Goddess Durga is honoured on this occasion in different states of India by celebrating for nine days.

Though the festival of Durga Puja is celebrated with zest in states like Karnataka, Himachal Pradesh, Maharashtra and more, the celebration of Dussehra at West Bengal holds immense significance. The capital city of Kolkata comes alive during this occasion and to witness the colorful festivities here is a delight indeed!

Read along to learn more about the celebration of Durga Puja in Kolkata 2020.

During the occasion of Durga Puja, the entire city of Kolkata is decorated with bright lights and flowers for nine days. More than two thousand pandals (make-shift tents) are set up where devotional programs, songs and cultural performance take place to honour Goddess Durga. People from all around the globe go pandal-hopping to experience the true essence of Durga Puja at Kolkata.

A look at the Pandal

Idols of Maa Durga are housed in these pandals and each pandal has a special theme. At the end of the nine-day festival, the best pandal in the city is chosen and given a prize. Some of the most popular pandals are Bagbazar, College Square, Kumartuli Park, Santosh Mitra Square, Suruchi Sangha etc.

Another important activity that can be seen in Kolkata during Durga Puja is the area where the beautiful clay idols of Goddess Durga are made by the Potters. Creatively done idols of the deity, both large and small, are seen being carved, painted and sculpted by skillful potters here. One must not miss out on witnessing this when on a trip to Kolkata during Durga Puja.

During Durga Puja, these districts of Kolkata can be visited to get an idea of how the great festival is celebrated in the villages of West Bengal. The processions and pandals here are definitely worth a visit. In addition, the tourists can also witness silk-weaving, conch-shell carving, terracotta potter, and dhokra metal carving in these districts. One can also enjoy tasting traditional delicacies of Kolkata.

On the ninth day of the Durga Puja, idols of Maa Durga are carried to the Hoogly River with great pomp and show. The idols are brought there along with elaborate processions which include music and dance. On reaching the river, the idols are finally immersed in the water, which marks the end of Durga Puja in Kolkata.