A Beach Haunted By Ghosts? Dumas Beach In Gujarat 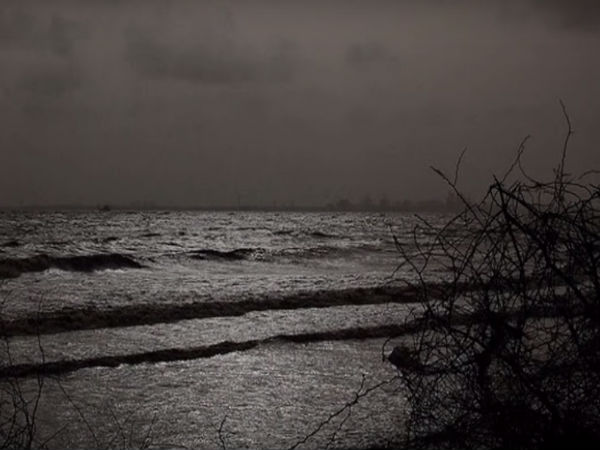 Beaches are a place to de-stress. But not this one! Dumas beach is a haunted beach in Gujarat which creep the hell out of people during nights. Dumas beach in Gujarat is an urban beach located along the Arabian sea in the city of Surat. It is considered to be one of the most haunted places in India. Many ghost stories are reported from this one among the most mysterious places in India.

Dumas beach in Gujarat is one of the main tourist attractions in south Gujarat. But the local people here believe that the place gets haunted in the night and advises people not to stay there after the dusk! There are many scary stories connected with the picturesque Dumas beach which makes it one among the most mysterious places in India.

Let's see what makes Dumas beach in Gujarat one of the most haunted places in India.

Dumas Beach In Gujarat - The beach that gets eerie in the night!

Dumas beach in Gujarat is famous for two things - For the Black sand it has and for being known as one of the most haunted places in India. The beach used to be a 'Hindu burial ground' earlier and people here believe that the spirits which did not find eternal peace wander here during the nights!

The astounding beach of Dumas changes it's face after the dusk. With the appearance of dark, the place gets eerie and scary! Local people say whispers and loud laughters are heard from here during nights. They avoid walking over this beach at nights. Even the dogs which walk through here go lunatic adding to the suspicion of paranormal activities.

There are reports of mysterious disappearance of people from this beach. And none of them have been found yet!

The local people believe that a Haveli situated in the beach is also haunted and do not dare to visit it! Some locals and tourists are said to have seen an image of somebody standing at the balcony of Haveli though this Haveli was closed long back. The structure of the Haveli looks scary on it's own!

Visit Dumas beach in Gujarat for the astounding view it serves. But staying there after the dusk is at your own risk! Don't chase the whispers and laughters at nights or you might transmute into a whisper as well!!